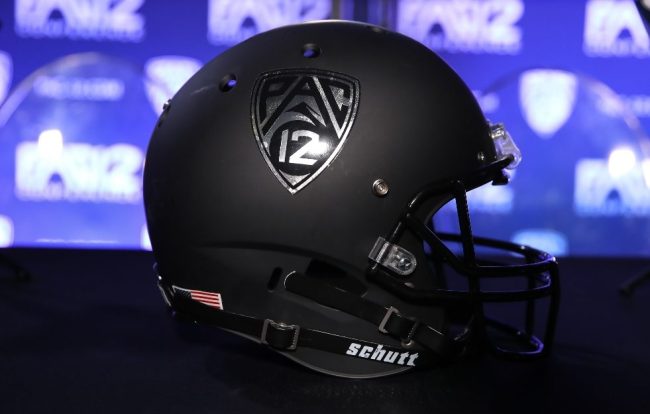 The Pac-12 conference was hit hard this offseason after it was announced that both USC and UCLA are leaving for the Big Ten next year. Since then, there has been some scrambling to keep the conference alive despite rumors of Oregon shopping for a new home as well. Regardless, it sounds like the Pac-12 might have found their saving grace by utilizing a unique NIL rule.

Pac-12 To Allow Players To Monetize Highlights On Twitter

According to On3, the Conference of Champions, as Bill Walton frequently calls it, will be using a new NIL rule in the upcoming season. Players within the conference can monetize their highlights on Twitter. This is all coming to fruition after Opendorse and Twitter partnered up. The CEO of Opendorse Blake Lawrence explains how NIL made this all possible for the Pac-12.

“With NIL, with our partnership with Twitter over the past year, and with a desire for innovation, the Pac-12, Tempus Ex, Twitter, and Opendorse worlds all came together at the right time. It’s pretty cool.”

BREAKING: Welcome to the next stage of NIL. Athletes will be able to share their personal highlights on Twitter & receive income for their performance.

Opendorse + Twitter are providing the infrastructure. Tempus Ex Machina has the tech.

This opens the door for new opportunities and could keep the Pac-12 alive in college football. Additionally, other programs have done a great job in recruiting despite USC and UCLA leaving for the Big Ten. Especially the Oregon Ducks who have absolutely dominated the recruiting race this year.

We’ll see how it all plays out, as the college sports landscape has drastically changed thanks to these money-making opportunities for student-athletes. Look for the Pac-12 conference to do everything possible to stay afloat while the rest of the nation fights for relativity in college sports.