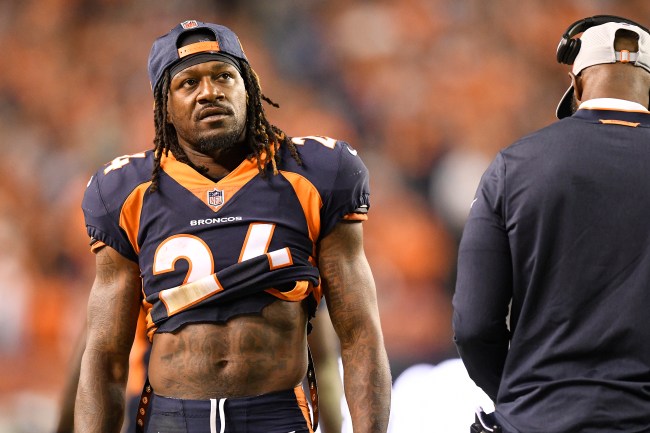 I’m a big Presumption of Innocence Guy, but Pacman Jones can only pee on my head and tell me it’s raining so many times before I draw my own conclusions.

Mere hours after he was released from jail, Jones hopped on the Pat McAfee Show to claim that all he was trying to do was request music to the DJ when he turned around and saw the bouncer engaged in hand-to-hand combat on the ground with his little brother.

That’s when Jones, who once admitted to fighting every day, jumped in to separate the two, aka beat someone senseless.

"Personally Pat I'm done fighting.. Unless somebody wants to pay me I'm cool with it. I'll fight any celebrity 169-170. But man I got kids, I got so much other shit that I'm working on besides beating a motherfucker up in the club"@REALPACMAN24 #PatMcAfeeShowLIVE pic.twitter.com/ISMkDoFwtc

“Personally Pat I’m done fighting.. Unless somebody wants to pay me I’m cool with it. I’ll fight any celebrity 169-170. But man I got kids, I got so much other shit that I’m working on besides beating a motherfucker up in the club.”

Or in the airport.

Pacman was actually a victim in the melee above. The airport worker, who had never previously met Jones, was sentenced to one year behind bars for instigating the 2018 altercation.

Moral of the story: Nothing good happens after 1 am.