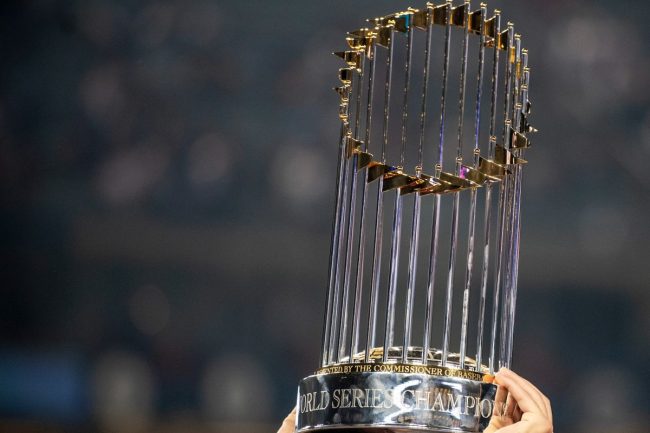 The Padres’ World Series odds have skyrocketed following their blockbuster deal to land Juan Soto and Josh Bell. The trade was finalized on Tuesday morning.

In the agreement, San Diego hands over a number of top prospects and possibly first baseman Eric Hosmer. In return, the Padres land two big bats that could give them the best lineup in baseball.

San Diego could become a very dangerous team come playoff time, and while they may not catch the Dodgers in the NL West race, they can certainly make some noise as a wildcard club.

With the new additions, as well as the expected returns of Wil Myers and Fernando Tatis, sportsbooks are starting to respect the Padres as a championship contender.

There’s been a huge spike in the team’s World Series odds following the trade.

The Padres’ World Series odds went from 25-1 at the All-Star Break to 10-1 after the Juan Soto trade at Bet MGM. The movement shows that Vegas is now taking San Diego seriously.

The team has done a great job of staying in the playoff race, particularly having not yet played at full strength.

The Padres boast a starting pitching rotation that leads the National League in quality starts. They’ll now have a lineup that can give those pitchers some run support.

Fans in San Diego are excited about the rest of the season.

There’s no doubt about it. The Padres are a World Series contender pic.twitter.com/EhtLeerN0S

Depending on how long they can hold on to Soto and Bell, they could be a threat for the next few seasons.

Excuses have been removed. It’s go time. If the Padres do not win a World Series with the core of Tatis, Soto, Machado, Musgrove and Hader (for 2 runs) in the next 2-3 seasons, that will be a massive disappointment.

The team is going all in, trading away its future to win a ring now.

Prospects are prospects when you're trying to win a World Series.

When a player like Juan Soto is available, you get it done.

Good for the Padres.

We’ll see if San Diego is able to pull it off.