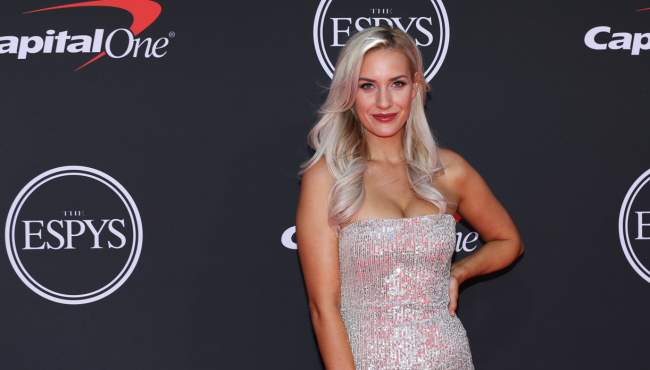 Popular golf influencer Paige Spiranac is inundated with messages, comments, DMs and the like. Many of her male fans on the internet have the deluded belief that if they can get her to reply they might actually have a shot at going out with her or something, even if/or because they’re vulgar.

The funny thing about that is that we just shared a story about how boxing legend Oscar De La Hoya left one such lewd message on the original golf influencer Holly Sonders’ Instagram account. The kicker there is that he is actually dating her.

Perhaps that’s why guys think it will work for them too.

Regardless of the misguided reasons for doing so, they continue to shoot their shot at Paige Spiranacin the most bizarre of ways.

For example, on Wednesday, Spiranac shared one such DM she received from a male fan that truly made her confused.

That certainly is a legitimate question to ask. Another is, what is wrong with these guys?

Paige, as she almost always does, took the disgusting behavior with a grain of salt and turned it all around into a funny Twitter thread.

“When’s the wedding?” someone jokingly asked.

“I’m playing hard to get,” she replied.

Before all of that happened, Paige Spiranac was over at one of her sponsors’ place making some NFL playoff picks.

And two is always better than one

She even shared who she is taking to win the Super Bowl.

What do you think, Eagles fans? Has Paige Spiranac just put the whammy on your team? Maybe if they do win she’ll don one of their tops in celebration. She picked the Bengals to win it all last year.

Then changed her look for the start of the 2022 NFL season, rocking the defending champs’ logo top.

Too bad her Steelers didn’t make it into the tourney this year. That would have been fun.