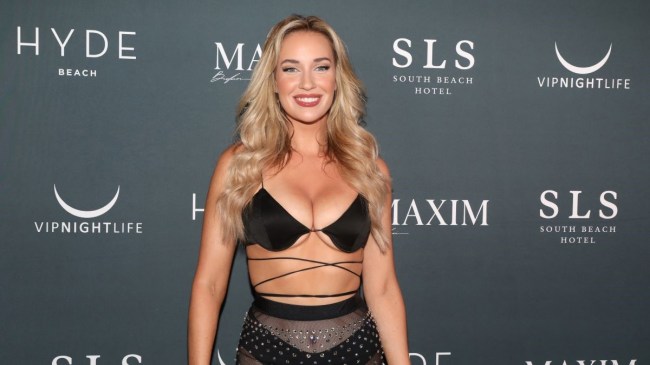 Paige Spiranac had quite a career on the golf course in college. The Boulder, Colorado native led San Diego State to its first-ever Mountain West Conference championship in 2015.

But Spiranac has made an even bigger name for herself since stepping off the course.

After making a brief attempt at a pro career but not earning her LPGA Tour car, Spiranac has turned herself into a social media star and quite the influencer. She was recently named Maxim Magazine’s “Sexiest Woman.”

Spiranac has been busy on Instagram in recent days, as always. Since the start of the FIFA World Cup, Spiranac has been in full-on soccer mode. Most recently, she shared her newfound love of soccer as well as an interesting show of support for the United States Men’s National Team.

But Spiranac stepped back into the golf world on Instagram on Friday night as only she could. The blonde bombshell shared a number of her favorite “golf girl outfits” and immediately set the IG world on fire.

While Spiranac certainly has a ton of fans and supporters, she’s not for everyone. The golfer recently ripped critics of female athletes ‘showing off their bodies.’

“There has been a ton of discussion around female athletes and showing off their bodies,” Spiranac said at the time. “People are saying, ‘Stop oversexualizing yourself, you’re taking women back. No one’s going to take you seriously.’ And I think that is a big stinking pile of sh-t.”

She then pointed out how athletes such as Serena and Venus Williams, Simone Biles and Naomi Osaka have balanced success in sports while also appearing in the Sports Illustrated Swimsuit Edition. She also cited how male athletes such as David Beckham are allowed to market themselves but women cannot.

It’s hard to argue with her points. In the meantime, she’s made quite the career for herself.