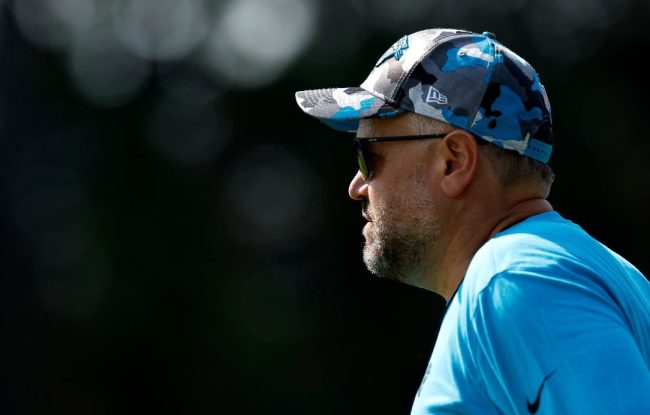 It’s as clear as day the Carolina Panthers and New England Patriots don’t like each other as they’ve gotten into multiple fights in the joint practice. It’s okay to be physical, but these teams are struggling to not throw hands. So much so, that a fan in attendance was injured during the scrum on Wednesday morning. Now, Panthers’ head coach Matt Rhule breaks silence about the fighting going on in the preseason.

According to Ellis L. Williams, Rhule finally weighed in on what was going on in New England. The Panthers’ head coach is mainly concerned with the health of the woman injured during the brawl. Additionally, he didn’t like seeing Kenny Robinson standing over a Patriots player. He also comments on Chuba Hubbard, who apparently threw a punch in the joint practice fight.

Panthers coach Matt Rhule on the fights at joint practice with Patriots pic.twitter.com/cYFaZAgPso

Fights break out all the time during this time of the year. Whether it’s a regular practice or not doesn’t really matter. At the end of the day, what’s important is the players getting prepared for the upcoming season. Usually, these fights cool down but for some reason, the Panthers and Patriots can’t stop fighting each other.

There hasn’t been an update on the woman who was injured in the scrum yet. Hopefully, she’s okay and makes a full recovery. It’s not a great look that the fight escalated to that level.

The Panthers are set to take on the Patriots on Friday for what should be a physical preseason game.