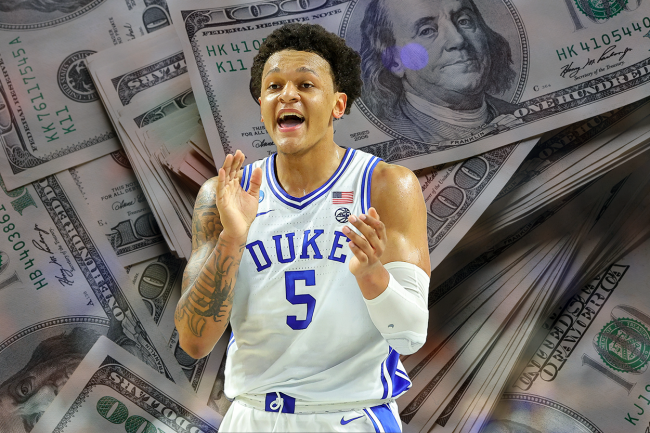 Duke guard Paolo Banchero is already a superstar. The 19-year-old freshman was a consensus five-star recruit and is likely to be the first name off of the board in the NBA Draft.

As a result, he is worth a lot of money in terms of Name, Image and Likeness.

Banchero already made video game history this year with a deal he signed to be a part of the NBA 2K franchise and his figurative stock continues to rise. Especially as he leads the Blue Devils to the Final Four.

Through the first four rounds of the NCAA Tournament, Banchero is averaging 18.5 points and 7.0 rebounds per game. He is already expected to win the tournament’s Most Outstanding Player Award and could finish off an incredible run with a ring.

Meanwhile, Paolo Banchero’s NIL value has shot through the roof.

Banchero’s valuation has increased by a significant amount since the start of March Madness, according to On3.

Over the course of the last 13 weeks, basically since the start of the 2021/22 college basketball season, Banchero’s NIL valuation has grown by 11%, according to On3. He is now the 10th highest-ranked player in the On3 Basketball NIL rankings and is ranked No. 58 overall in the On3 NIL top 100.

Ultimately, Banchero is going pro after this season and is set to get paid in the NBA. Until then, he has the opportunity to really cash-in on his Name, Image and Likeness.