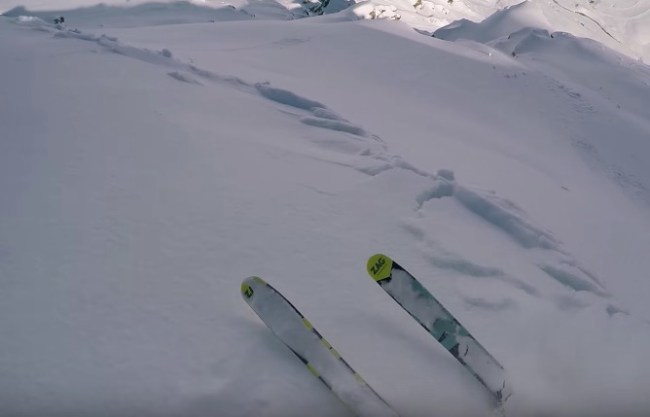 I’ve never seen an avalanche up close so I can’t even begin to wrap my mind around how terrifying it must to be find yourself racing one down a mountain. But that’s the exact scenario paraglide skier Maxence Cavalade found himself in.

This avalanche was triggered while Maxence Cavalade was skiing the North-East face of Charvet in Val d’Isère in the French Alps. The GoPro footage of this ordeal is absolutely nuts:

That had to be a pretty unique experience for Maxence Cavalade. On the one hand, he’s a professional speedrider and knows how to take off with the paragliding parachute at a moment’s notice. But he still has to get to the right launching pad and up to speed in order to pull that off. So he knew that relief was just around the corner but he was still hauling ass in front of a potentially lethal avalanche. That must’ve rattled him to the core just a little bit, right? I mean, I’d have my white ski pants turning brown if I was in that situation but this dude’s a pro.