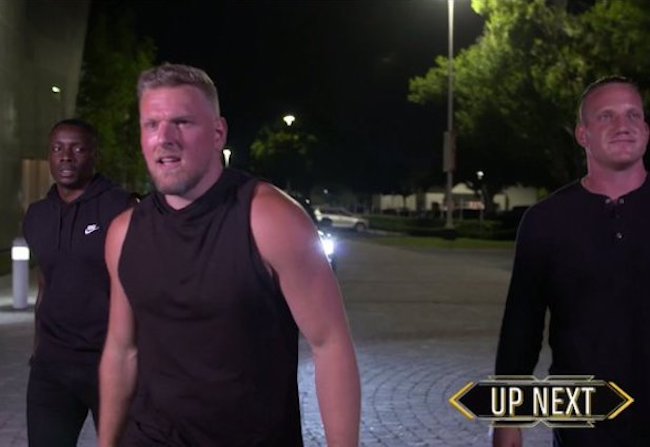 Plenty of former NFL players have tried their hands at professional wrestling. Some results were better than others.

If Pat McAfee were to try and wrestle professionally, all signs indicate he wouldn’t be awful. He moves around the ring pretty well, he’s real-life tough, and has the personality to go far in a business full of colorful performers.

The former All-Pro punter brought his A-game on the mic, and a few friends along.

McAfee was backed by former Packers linebacker AJ Hawk and former Patriots safety Darius Butler. He then cut one hell of a promo on the former NXT champion.