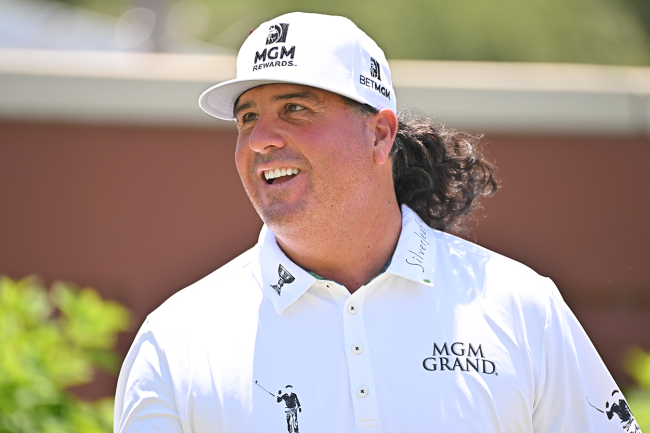 Pat Perez spent the last 25 years on the PGA Tour. The 46-year-old attended Arizona State and then went pro in 1997.

Now he is gearing up for his second professional event with the LIV Golf tour. Perez joined the Saudi-backed league earlier this spring and participated in the league’s first event in London earlier this month.

The LIV tour has come with a lot of controversy. It is financially backed by Saudi Arabia and is pulling big names from the PGA Tour.

While there is the concern that top talent will become obsolete in the PGA Tour as more and more players take big paychecks to play with LIV, the larger concern revolves around “sportswashing.” Loosely defined as “an individual, group, corporation, or government using sport to improve their tarnished reputation,” there is an overwhelming belief that the Saudi government is using the golf tour to try and make people forget about some of their disagreeable practices.

As a result, the players who made the switch from PGA to LIV have been drilled about sportswashing. They have been asked repeatedly about why they made the move and the majority of them have danced around the question.

According to the New York Post, Perez is getting paid around $10 million for signing with LIV Golf. That does not include any winnings from events.

When asked about his decision to join LIV on Tuesday, he provided the first honest answer. He didn’t say flat-out that money was the reason for the decision, but that’s what he implied.

It’s not a secret that the golfers are jumping from PGA to LIV for more money and less travel, but Perez is the first one to come out and say something close. Good for him.