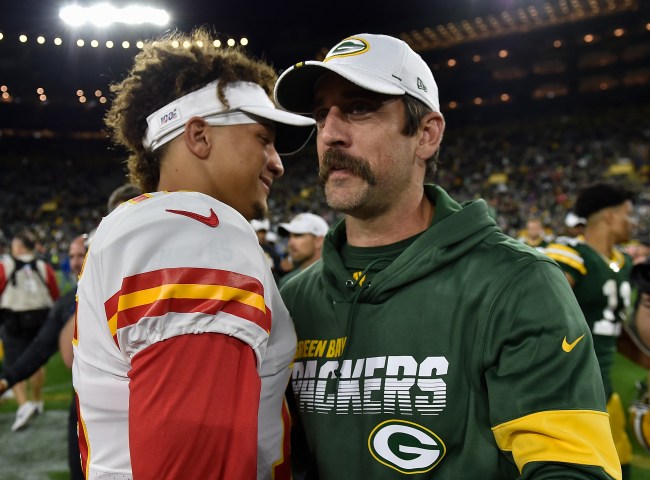 Just a few weeks ago, NFL Network’s Rich Eisen said he had heard Rodgers wanted to get traded to the Denver Broncos because he would love to “personally beat Mahomes” in the AFC West division.

"Is it personal or is it business? It's both."

News of @AaronRodgers12 unhappiness with the #Packers organization shook the #NFLDraft and @richeisen is hearing it's a number of things but can only see it playing out one way: pic.twitter.com/924qMAUU6Z

On Monday, Mahomes was asked how he would feel if Rodgers took his talents to the AFC West. The Chiefs’ superstar quarterback says it was would be awesome to have Rodgers in his division and while it would make things a bit tougher for the Chiefs the team is up for the challenge.

"If he came to the AFC West, it would just make it a little tougher for us but we're up for the challenge." – @PatrickMahomes on Aaron Rodgers joining his division

Obviously it’d be awesome, to have that challenge two times every single year, it would be agreat opportunity, he’s a heck of a football player, he’s been doing it for a long time that I’ve watched played and learned a lot from.

As of now it appears that Rodgers is staying put in Green Bay considering Packers’ GM Brian Gutenkunst refuses to trade him.