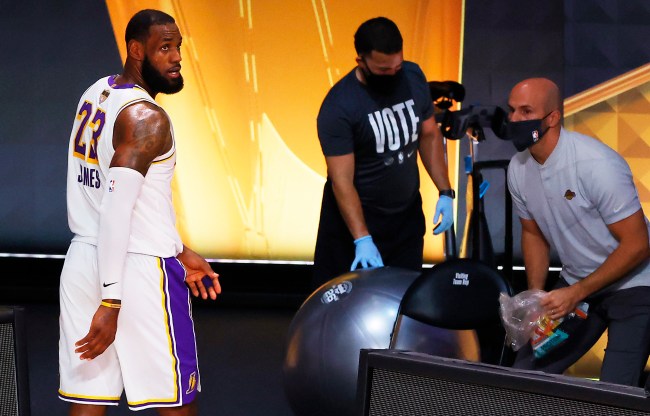 Part of the reason LeBron James has managed to achieve what he has over the course of his career is because of his incredibly intense competitive spirit and he’s never been shy to hide his displeasure when things don’t go his way, which he illustrated on Sunday when the Lakers dropped the third game of the NBA Finals to the Heat and he walked off the court with ten seconds still remaining on the clock.

It certainly wasn’t the best look for the superstar, who attempted to downplay the mini-scandal by claiming he thought the game was over but admitted he was less than thrilled with the loss.

LeBron on if he walked off the court early because he thought the game was over or out of frustration “Both” pic.twitter.com/vH61O4rDCS

Patrick Mahomes has only played in the NFL for four years (although it’s really only been three when you consider he only started a single game during his rookie season) and is well on his way to solidifying himself as the LeBron James of the league, as he followed up a campaign where he secured MVP honors by leading the Chiefs to their first Super Bowl victory in 50 years.

However, his family (including soon-to-be wife Brittany Matthews) has slowly but surely been establishing themselves as one of the more insufferable clans in the world of sports, as his fiancée hasn’t been shy about firing back at his haters and overreacting to her husband overacting after his Oscar-worthy flop during Monday’s game against the Patriots.

Last week, Randi Mahomes voiced her displeasure at announcers who insisted on calling her son “Pat” (which her ex-husband prefers to go by) as opposed to his full name, and while I personally don’t give much of a shit about James’ decision to peace out a tad early, the same can’t be said for her, as she sounded off yet again when she hopped on Instagram to pull the classic “hE’s A bAd RoLe MoDeL” card in two essentially identical posts on her Story. 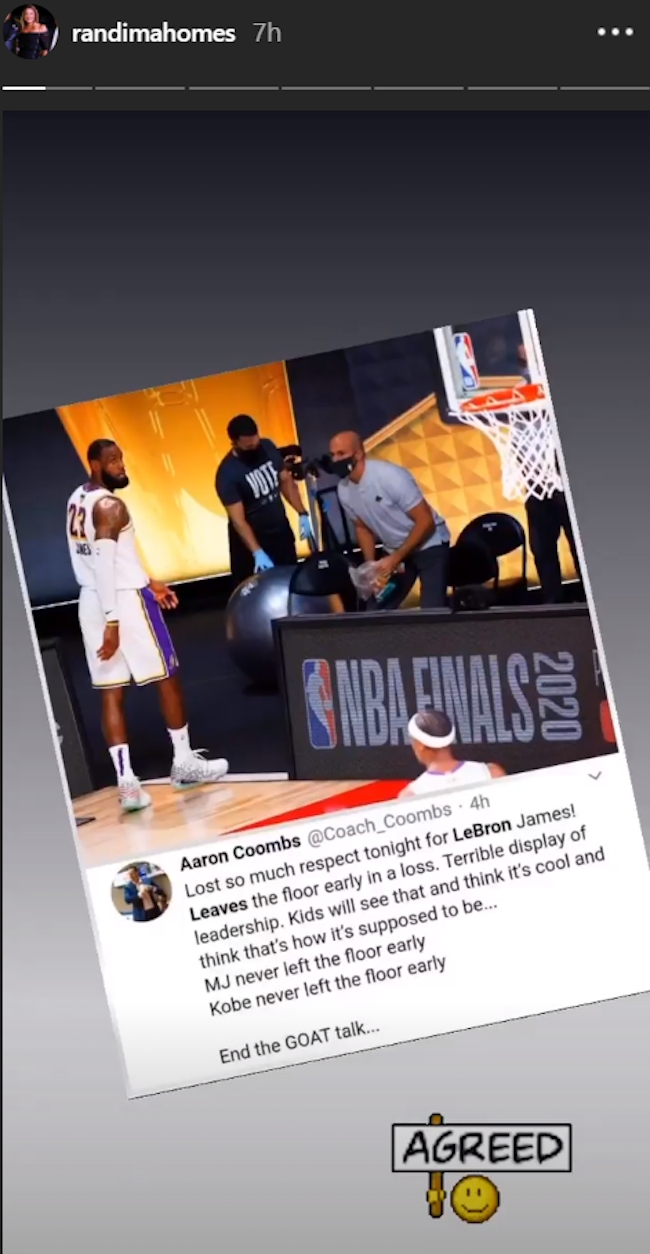 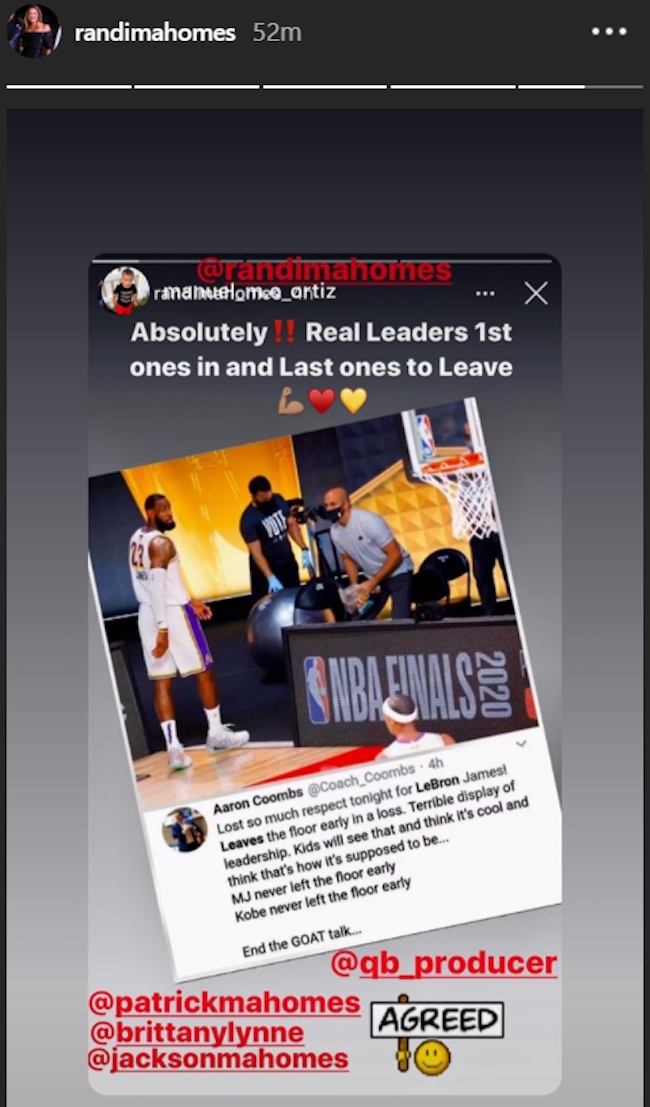 Given LeBron’s stature, I get where she’s coming from, but at the same time, there’s nothing more tired than pulling out the “Think Of The Children” argument as if athletes have an obligation to constantly take the impact their actions might have on the impressionable youth of the world in the heat of the moment—and the fact that her son treated viewers to a pathetic flop the same day she posted this certainly doesn’t help her case.