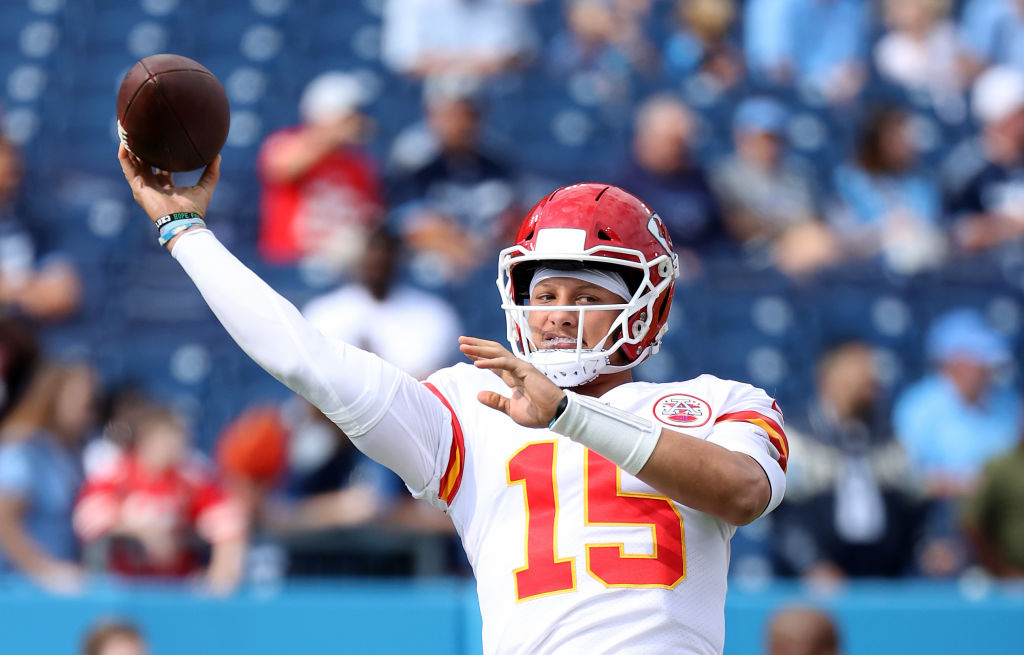 The highly anticipated Aaron Rodgers vs. Patrick Mahomes matchup is once again postponed. The last time Green Bay and Kansas City were set to face each other, in 2019, Patrick Mahomes suffered a knee injury the week before the game.

Aaron Rodgers and Patrick Mahomes are two of the NFL’s biggest superstars and it’s actually remarkable they haven’t faced each other yet on the field. The league has to be desperate for such a high-profile matchup. Alas, an unvaccinated Aaron Rodgers tested positive for COVID-19 and will miss the game against Kansas City and QB Jordan Love will get his first career stare.

Rodgers will be able to return to the team next Saturday at the absolute earlier, possibly much later.

After the news broke that Aaron Rodgers would be out for the game, Patrick Mahomes was asked about it and he expressed disappointment. Not disappointment in Aaron but that they once again won’t be able to face each other on the field. Mahomes also expressed genuine concern for the health of Aaron Rodgers who tested positive for COVID-19.

Here’s what Mahomes had to say on the podium:

“When you get to see an all-time great like him play and I’ve kind of watched his game for a long time, feeling that I play a similar style, you always want to compete against the best. Hopefully he’s healthy, it’s not too bad, I’m sure he’ll come back from it stronger than he was before.”

“I haven’t got to yet. I heard about it as I was going on to the walk-through on the field. Obviously, it’s disappointing and I hope that he’s healthy and that he can get through it. COVID is a scary deal, and it can kind of get anybody so just praying for him that he can get back to who he is.”

Mahomes on Rodgers being out: "It's definitely disappointing, when you get to see an all-time great like him play and I've watch his game for a long time, feeling that I play a similar style, you always want to compete against the best, but hopefully he's healthy." #Chiefs

As is often the case with Patrick Mahomes, that’s about the most diplomatic answer he could’ve possibly given. I’m personally calling ‘shenanigans’ on Patrick’s answer because the Chiefs are out of sync and Mahomes is so off that people are questioning if he’s secretly injured. Kansas City is LUCKY they won’t have to face the Green Bay Packers with Aaron Rodgers.

Mahomes on not getting a chance to play against Rodgers: “it’s definitely disappointing. … you always wanna compete against the best.”

I 100% believe Mahomes when he says that. The only way to know if your team is the best, or to know if you are (currently) the best, is to play against and beat the best. It’s why every college football stadium for the past decade chants “we want Bama” because they don’t want an asterisk next to a title if they never faced the best team.

Mahomes was also asked about Green Bay QB Jordan Love who will step in for Rodgers. Patrick said he was able to see some of Love’s college games and how Jordan “was slinging it around the field making a lot of plays happen.” Mahomes added that Jordan Love “played really well” in the preseason and I’d genuinely LOVE to know if Patrick Mahomes actually watched a single minute of Green Bay’s preseason or not.

With Aaron Rodgers out, Green Bay shifted from 2.5pt underdogs to 7pt underdogs and that honestly seems incredibly generous. At the same time, Green Bay knows they’ll have to score a lot of points to keep up with Kansas City and Jordan Love will be slinging the ball. So a prop bet on Jordan Love to lead the league in passing yards might not be the craziest wager…