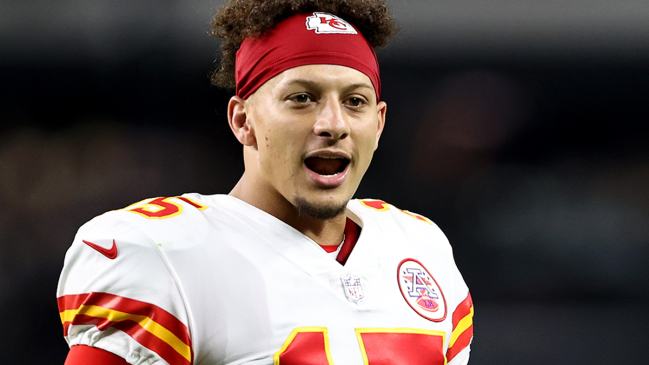 It didn’t take Patrick Mahomes very long to establish himself as one of the most dominant quarterbacks in the NFL after being drafted by the Chiefs in the 2017 NFL Draft, and there was little doubt he’d be returning with a vengeance after missing out on the chance to play in the Super Bowl for the third straight year following a loss to Joe Burrow in the Chiefs in the AFC Championship Game last season.

The QB did exactly that when Kansas City headed to Arizona to kick off the season against the Cardinals last Sunday in a game where he completed 30 of 39 passes for 360 yards and threw five touchdowns en route to posting a 144.2 passer rating.

There was no one else in the league who was able to match Mahome’s performance on paper in Week 1, but that didn’t stop Pro Football Focus from ruffling some feathers when it ranked seven QBs ahead of him after the outlet took a look at the film it relies on to come up with the proprietary scores it uses to evaluate their play on a weekly basis.

That score generated enough overblown controversy to force PFF‘s Sam Monson to issue an explanation in an attempt to justify the perceived disrespect, saying Mahomes was essentially penalized because Arizona’s defense failed to present enough of a challenge.

It is, but it's acknowledging things like an underhand toss TD is not a particularly taxing QB play.

Or a coverage bust in the end zone that left a RB uncovered in the flat for a TD.

Mahomes was great, but he wasn't as good as the box score suggests he was.

It’s hard to imagine Mahomes was as invested in the somewhat arbitrary score as the legion of fans who blasted PFF while defending his honor, but it appears he was aware of the fallout based on what he had to say following Thursday night’s game against the Chargers.

Mahomes was able to lead the Chiefs to a 27-24 victory against the Chargers but saw his productivity take a dip in Week 2, as he “only” threw a couple of touchdowns while racking up 235 yards in the air in a game where his passer rating fell to 66.9.

That number would’ve been even lower if officials hadn’t taken a second look at the interception Asante Samuel Jr. initially appeared to snag in the third quarter before the call was overturned.

This is an Interception! Chiefs scored on this drive man#KCvsLAC | #Chargers pic.twitter.com/jTUZ66A6DT

It may not have officially counted against him in the stats, but after the game, Mahomes acknowledged the Chargers tripped him up with the coverage on that play and joked about the impact it will likely have on his PFF score for Week 2.

Patrick Mahomes on the INT that was overturned, a coverage that (obviously) fooled him: “I’m sure PFF will give me a low grade for that.”

PFF dropped its evaluation of Mahomes on Friday morning, and while it’s unclear how big of a role the specific pass had, the QB unsurprisingly saw his score drop to 61.2 from 74.2 the previous week.