Patrick Mahomes Reflects On Impact Alex Smith Had On Chiefs Following Super Bowl Win: ‘He Built The Culture That I Came Into’ 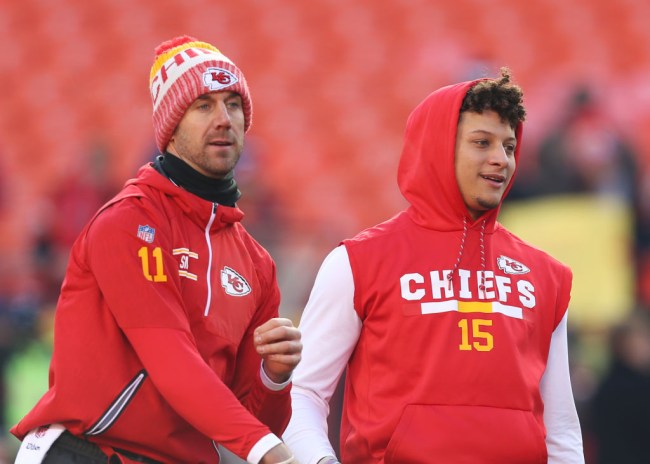 Following his comeback heroics in Super Bowl LIV, it’s difficult to think back to Patrick Mahomes’ rookie season where he spent the year sitting on the bench watching Alex Smith lead the Chiefs to a playoff berth in 2017.

Smith spent five seasons in Kansas City and led the Chiefs to 50-26 record including a 9-6 mark in his final season with the Chiefs. While Mahomes surely would have loved to have been playing as a rookie, he realizes just how important that rookie season on the bench was for his development and what Smith did to help build a certain culture in Kansas City.

Mahomes, after leading the Chiefs to their first Super Bowl win in 50 years, was quick to point out what Smith means to him and the Chiefs as a franchise.

“He texted me right after the game, saying he enjoyed it just as much as we did,” Mahomes said, via ESPN. “He wasn’t there, but he was part of it — I think that’s the biggest thing. He built the culture that I came into. He was the guy that led the team to all these successful seasons and built that winning culture.”

Mahomes was the guy to take the Chiefs to that next level, but there’s no denying that Smith’s era in Kansas City was an important one and without it, who knows where the Chiefs may actually be as a franchise.