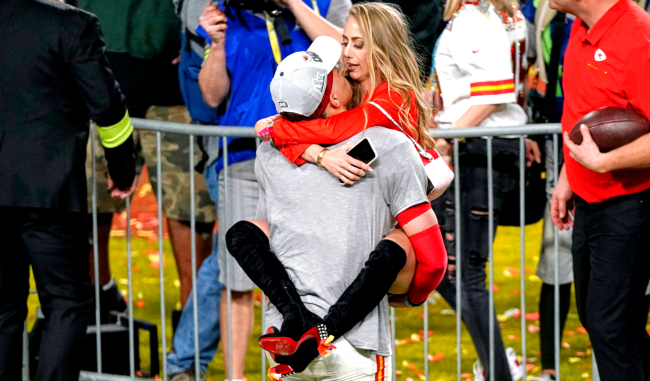 Brittany Mahomes, one half of the “Tag Team Of Insufferabilty,” as Pat McAfee once referred to her and Patrick Mahomes’ brother Jackson, did a little Instagram Q&A on Tuesday.

One of the questions asked of the often controversial wife of Chiefs quarterback Patrick Mahomes was “How do you continue each day with such grace in such a hateful world?”

Brittany, far and away the most polarizing person associated with any of the 1,696 players on NFL teams’ active rosters in 2021, responded with a rather lengthy answer explaining how she manages to cope.

Brittany Mahomes reveals how she copes with “sh-tty” people

“Honestly, I have no other choice!” she replied. “I would never let people on the internet destroy my peace or effect [sic] my life. BUT. It’s been hard, it took time to learn this and still learning at times.

“It’s always gonna be there, at times its [sic] worse then [sic] others & at those times is when you won’t see me on here or the internet. Hence why I have taken such huge steps away from social media. It’s a toxic and horrible place at times and those are when I say peace out.” 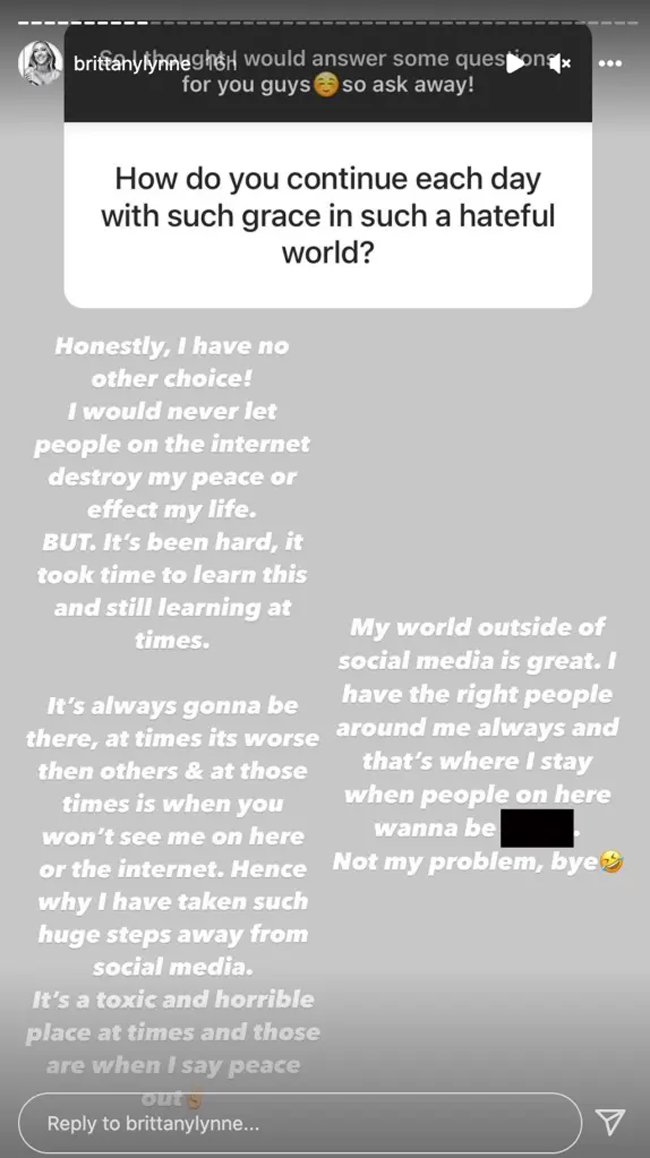 “My world outside of social media is great. I have the right people around me always and that’s where I stay when people on here wanna be sh-tty. Not my problem, bye.”

Related: Patrick Mahomes’ Wife Brittany Gave Her Thoughts On The Will Smith Slap And It Did Not Go Over Well With Fans

Reactions to Brittany Mahomes’ statements about dealing with her many detractors were pretty much what one would expect at this point.

She should know since she is one herself

Can you imagine signing up for life with her?

Spraying kids with alcohol is acting with "grace"??? That question must've been asked by her mother or sister. What a clown.

Oh I feel so bad for her. She and her boyfriend are disgustingly rich and people wrote mean comments about her on social media. How will she survive?

Quote:" I simply throw champagne on our loyal freezing fans from my luxury suite while his weird brother dances for TikTok.
Whatever loser." - Brittany Matthews #ChiefsKingdom#chiefs #entitlement #afcwest #karensgonewild pic.twitter.com/WWaGpIRZUu