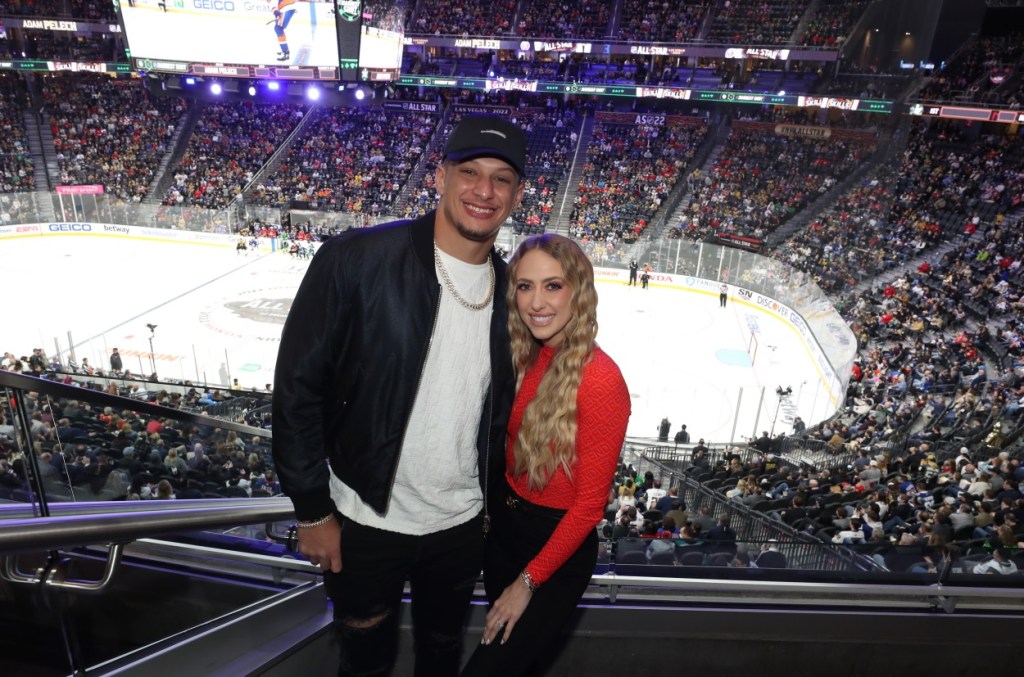 There really isn’t much in life that Patrick Mahomes can’t afford. He has already made over $47 million in his short 5-year NFL career and he’s in the midst of a 10-year contract that will take him to $491 million just in contract earnings.

Patrick Mahomes is already wealthy and on his way to being uber-wealthy when you tack on the savvy investments that are expected to make him the first-ever NFL player to become a billionaire. So it shouldn’t come as a surprise that he spent a literal fortune on a Mother’s Day gift for his wife Brittany Mahomes (formerly Brittany Matthews).

He won Mother’s Day. It’s that simple. I purchased my wife like six gifts that she specifically requested and it pales in comparison to what Patrick Mahomes did for Brittany on their first Mother’s Day as a married couple. The dude bought her a Ferrari.

His caption doesn’t explicitly say that he purchased the Ferrari for his wife but she posted a picture to Instagram just a day before with the caption ‘Ferrari Gang’ at some sort of gala. Then this picture appears to be from inside their home’s garage so yeah, it looks like he bought her the Ferrari for Mother’s Day or at least wants us to believe so….

What NFL Fans Are Saying About The Ferrari Purchase

Wow, that’s quite a nice gift! I’m sure Sterling is reward enough for being a fantastic mother but Patrick puts a lot of icing on the cake to show his appreciation. Nice job young man. Good luck fitting the whole family to fit in that one though! 😆

If they had a reality TV show, I’d watch. Not gonna lie..

Shoulda got the Delorean to match the shades. pic.twitter.com/X4ptR4ZTdC

Look at the size of that diamond. It’s bigger than a marble.

Bruh look at that rock on her finger 😳 dammmmmmmm ! You @PatrickMahomes you did good my man you did really good 👍🏽

It’s no secret that NFL fans outside of Kansas City have very strong opinions about Brittany Mahomes and Patrick’s brother Jackson Mahomes. But it’s clear as day they are a happily married couple and Patrick loves and values his wife so it’s nice to see him going all out with such a special gift.