Patriots Reportedly Open To Trading Stephon Gilmore, But Their Asking Price Is Steep 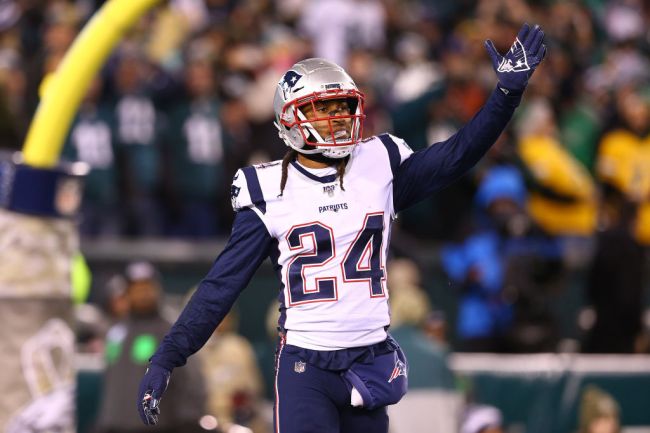 New England defensive back Stephon Gilmore has been rumored to be on the trading block for a couple of weeks now, but after the Patriots fell to the Bills last week putting them at 2-5 on the year those trade rumors have intensified ahead of Tuesday’s NFL Trade Deadline.

Gilmore did not play in the matchup against the Bills after suffering a knee injury in practice late last week.

According to ESPN’s Dianna Russini and what she’s heard from various general managers around the NFL, Gilmore is available in a trade, but New England is looking for quite the haul in return for the three-time Pro Bowler. The Pats want not only a first-round pick in a possible deal but a player in return as well.

After speaking with a few GMs around the NFL, I've learned multiple teams who have called the Patriots about CB Stephon Gilmore were told by New England they want a first round pick and a player in exchange for the 2019 AP Defensive Player of the Year.

Gilmore intensified trade rumors surrounding his name last week after he put his Foxboro home on the market. Not only did he list his house, but the listing also showed that any offers on the four-bedroom, four-bathroom house would need to be made by 5:00 PM on Nov. 3, which is when the NFL Trade Deadline window closes.

Gilmore signed a five-year, $65 million deal with the Patriots in March of 2017 putting him firmly in the expensive player camp, so any teams that are interested in acquiring him will need plenty of cap space.

The recently turned 30-year-old has 20 total tackles, one forced fumble, and one interception through six games this season.