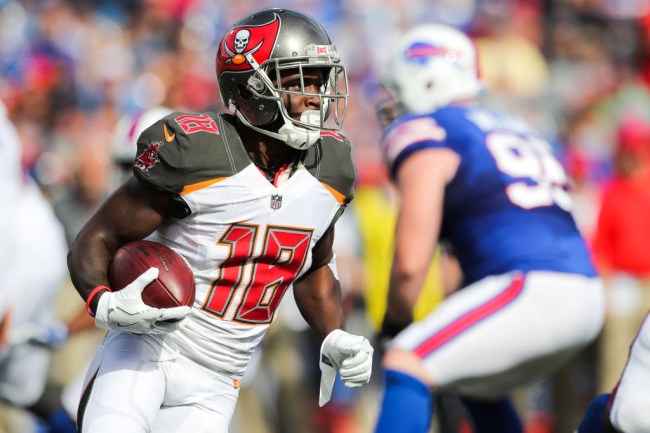 Not every player playing in this weekend’s Super Bowl is a millionaire living it up and balling out of control. Meet Bernard Reedy, a struggling wide receiver in the NFL chasing his dreams to play pro football who has been hamstrung with injuries during his career and is forced to have an $11 offseason job to pay the bills.

After being cut by the Atlanta Falcons in 2015, Reedy got a job as a driver with Care Ride, providing transportation to people battling terminal illnesses and recovering from strokes, heart attacks, organ transplants, amputations and serious accidents. With his NFL dream on pause, he needed a steady stream of income.

Reedy has been in and out of the league but was eventually signed by the Patriots full-time a few weeks ago which means he has to put his side job on hold to go to the Super Bowl.

That’s when he called Care Ride.

“He said, ‘Mr. Vince, can I come work for a while?'” Cocks said. “And I said, ‘Well, Bernard, this is kind of odd, but your DOT [Department of Transportation] physical expired in October. You have to get a physical.’ And in all likelihood, he’s in the best physical shape of anybody that Care Ride ever hired.”

That stay was short-lived anyway. The Patriots called and he was headed back to Foxborough, Massachusetts, re-signing on Jan. 17.

That’s just what comes with the NFL and what teams need for them,” Reedy said. “My job is to stay ready, be respectful, be coachable and be that positive person that I’ve always been. Like I will always be ready, even through the ups and downs, being released, getting put back on [the roster], I’m still going to be the same old person regardless of what might happen.”

Despite being signed into next season Reedy is going back to work for Care Ride two weeks after the Super Bowl. Amazing.