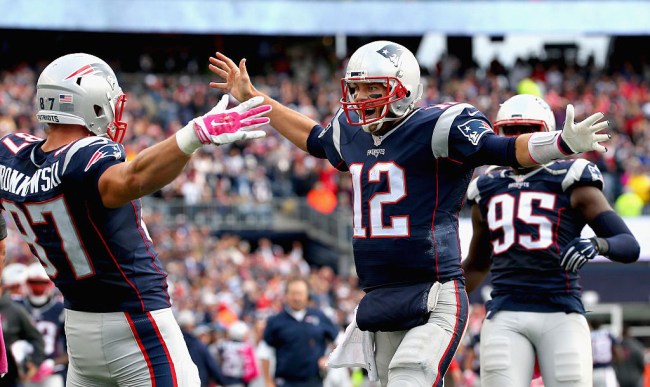 After losing the Super Bowl to the Philadelphia Eagles, attention suddenly shifted to what seemed to be a fractured New England Patriots team staring at what could be the end of an era. Rob Gronkowski pondered giving up football for acting and Tom Brady took a bit to announce he’d be returning for another season, and while things seem to be slowly but surely falling into place so far, the Patriots are making sure to do anything and everything they can to gain an edge on their opponents— including hiring a master of taekwondo.

According to The Boston Globe, the team has decided to seek the aid of Jon Kim, a martial arts expert who sadly isn’t teaching players how to flip an opponent over their back while tackling. Instead, he’ll be working with guys on the defensive side of the ball to improve what is essentially the hand-to-hand combat they engage in with opposing linemen every time the ball is snapped.

While it might seem like an unusual move, Kim has been working with various NFL teams over the past 25 years, which included three stints with the Browns (who apparently didn’t learn too much). The martial arts expert actually got his first job from Bill Belichick when he was at the helm in Cleveland, so it looks like they’re going to have a nice reunion a couple of decades later in Foxborough.

If this experiment ends up working out, I can’t wait for Belichick to fly in a bunch of sumo wrestlers from Japan just because he can.