Paul Azinger Thinks That Players Today ‘Idolize’ Tiger Woods, Which Makes It Hard To Want To ‘Whip His Ass’ 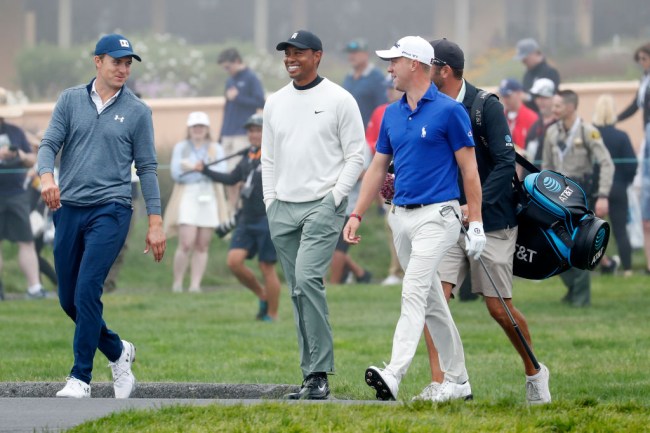 It’s no secret that Tiger Woods has had an edge on his fellow PGA Tour competitors over the years and while it’s somewhat crazy to say, even at 44-years-old, that edge is still there when his body cooperates with him.

That edge, which I think begins and ends with what’s going on between his ears out on the golf course, has made Tiger, Tiger but disappeared for a bit amid personal issues and major injuries and surgeries over the years.

While Woods was battling the injuries and essentially slowing down, the younger players that have taken over the game were a step ahead of him. It seemed as if the Rory McIlroys, Brooks Koepkas, Jordan Spieth’s and Justin Thomas’s of the world were separating themselves from Woods, but then the big cat got healthy, the edge returned and now he’s back to being the No. 6 player in the world.

Woods’ Tour Championship win at the end of 2018 was the start of the latest comeback. He’s followed that up with his 15th major win at the Masters, and then tied Sam Snead’s all-time wins record at 82 with a recent victory at the ZOZO Championship.

Tiger is officially back and just like plenty of golf fans out there that idolize the man, plenty of his fellow competitors look up to him as well. After all, he is one of the best, if not the best ever, to tee it up and Paul Azinger has a hunch that these younger guys on Tour idolizing him could be the new edge Woods has on the game this time around.

According to GOLF, the 12-time PGA Tour winner was asked whether or not Woods could reach the 100-win mark saying he wouldn’t be surprised while also pointing out the infamous edge Woods has on the game.

“I wouldn’t be surprised,” he said. “Vijay pulled off 20-something in his 40s. And another dynamic I think you have to watch for is we were all scared to death of Tiger in some capacity. These guys are scared in a different way. Do they idolize him to a fault? That’s the question. It looks like they idolize him to me. I hope they want to whip his a–. But, how are you going to take a guy down that you idolize? It makes it hard.”

It’s a valid question, for sure. How are these guys, most of which have looked up to Woods since they were kids, going to flip that switch and want to whip their heroes ass? It didn’t look like Woods was ever going to jump back into the biggest spotlight in the game, at least not like this with another green jacket and a Top 10 ranking, but here we are.

It’s essentially like if LeBron James had some personal issues, made a comeback, caught the injury bug of all injury bugs, becomes a role player for five years then all of the sudden becomes one of the best in the world again.

One thing is for sure, golf is in such an awesome place at the moment. Woods is still the man that moves the needle, but those young guys looking to ‘whip his ass’ are making the game plenty fun to watch too.