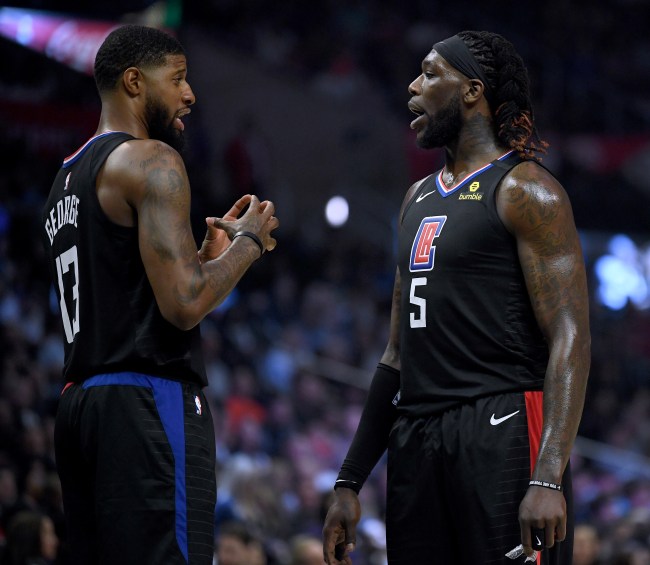 The media is conducting a post-mortem on the 2020 Los Angeles Clippers with the diligence they do any supremely talented team that ultimately poops their pants. Just ask the 2016 Warriors why KD moved across the country.

Most of the time, the culprit is a fractured locker room or Delonte West hooking up with the star’s mother, and in the case of the Clippers, it was the former.

Chris Haynes of Yahoo Sports reported that the Clippers lack of chemistry directly contributed to their demise, and an altercation between Paul George and Montrezl Harrell in Game 2 epitomized that.

Early in the second quarter, a struggling George had committed two careless turnovers in less than a minute. The second mishap was a half-court pass to Harrell, who was near the paint but surrounded by Murray and Michael Porter Jr.

Murray picked off the pass. Seconds later, the Clippers called a timeout.

Harrell approached his teammate about the risky pass, with George not taking responsibility and arguing the pass could have been caught had Harrell made the right play, sources said.

This set off the NBA Sixth Man of the Year.

Harrell responded with something along the lines of, “You’re always right. Nobody can tell you nothing,” and expletives were uttered from both players, sources said. George eventually toned down his rhetoric, but a heated Harrell wasn’t having it. Teammates began clapping on the sideline, in part to disguise what was going on and in an attempt to defuse the situation. The incident deescalated shortly after as coach Doc Rivers took his seat to go over the game plan.

This is the turnover in question, with George tossing it lazily into double coverage like Montrezl Harrell died and came back as LeBron. This is the kind of thing that gets chalked up to “warriors in the moment” if the Clippers win the series and HOLY SHIT THE WORLD IS BURNING if they lose. That decision has already been made for us.

Holy crap. This is the turnover from the @ChrisBHaynes piece that Paul George apparently blamed Harrell for 🤣🤣 pic.twitter.com/nwpx0ClHzT

It’s impossible for any rational person to view this other than what it is: a no good, terrible, very bad pass in a nightmare series for a guy the Clippers sawed off a limb to acquire.

Something tells me this is just the beginning of the Clippers colonoscopy.