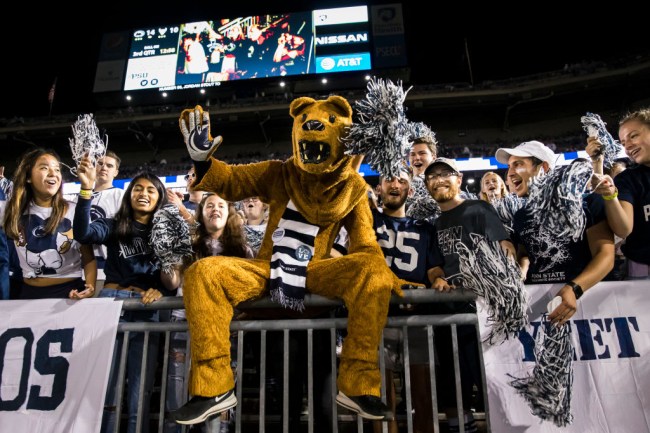 The Big Ten has officially canceled its 2020 college football season, as well as other fall sports seasons, but prior to the official announcement, there were reports suggesting a vote involving all 14 teams in-conference took place to come to this decision.

The initial reports, via both Dan Patrick and the Detroit Free Press, indicated that the conference voted 12-2 in favor of canceling the fall football season with Iowa and Nebraska being the two schools that voted against the decision.

We haven’t heard much about the alleged voting that took place among schools until now and that may be due to the fact that the voting may not have even taken place.

Penn State athletic director Sandy Barbour told reporters on Monday that she’s not sure that there was ever a vote.

"It's unclear where there was ever a vote or not," in Big Ten to postpone until spring. @penn_state AD Sandy Barbour.
Second person I've heard say that.

PSU AD Sandy Barbour said it remains unclear to her whether there was actually a formal vote or not by the Big Ten presidents and chancellors.

It’s a bad look, to say the least, that a Big Ten AD doesn’t know whether or not voting took place regarding the fate of the college football season aka the school’s No. 1 moneymaker. The Big Ten is in the middle of a PR firestorm right now due to its lack of transparency with the cancelation news while the SEC, ACC, and Big 12 continue to move forward with football this fall.

Nittany Lions and Big Ten football fans probably shouldn’t get their hopes up about this news possibly upstarting discussions for the conference to reverse course. Barbour doesn’t see the Big Ten reversing its decision.

Penn State AD Sandy Barbour on the Big Ten’s decision being reconsidered “made their decision based on science and information from medical experts. I don't see that changing, but I appreciate the passion of our parents and student athletes"

Over 100 parents of Iowa football players recently wrote a letter to the Big Ten demanding answers as to why it decided to cancel football this fall. This news out of Penn State only raises more questions.