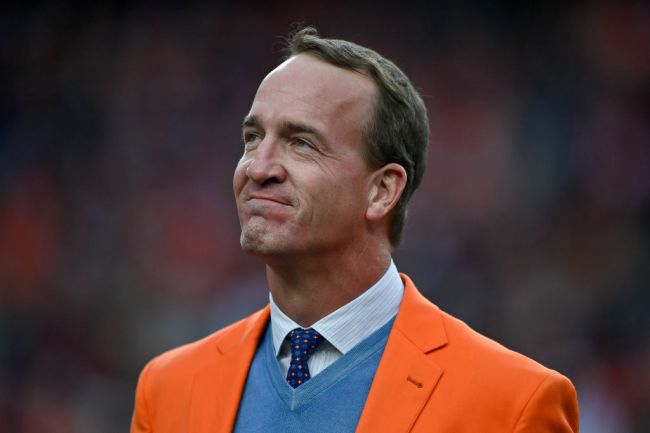 During his last NFL season, Peyton Manning was looking for all the help he could get on his offensive line while chasing his second career Super Bowl. Cleveland’s Joe Thomas was a guy Manning wanted to get to Denver, but Thomas didn’t want to leave Cleveland.

This didn’t stop Manning from trying to devise a plan to get Thomas on his team.

Thomas shared the story on the newest episode of his podcast ‘The Thom & Hawk Football Show‘ and what a story it was.

Manning and the Broncos lost offensive lineman Ryan Clady just ahead of the 2015 trade deadline, and Manning was focused on getting Thomas to Denver. Manning thought he had a shot at luring him to join the Broncos as the Browns were in the middle of a bad season.

Manning found out that Thomas wasn’t necessarily on board with being dealt to Denver, so he decided to give him a call. He went on to tell Thomas that he should go poop on the GM’s desk, that way Cleveland would have to get rid of him.

“[Manning]’s like, ‘Alright, here’s the game plan. Go into your GM’s office when he’s not there, pull your pants down and take a sh-t on his desk. Then they can’t do anything but trade you, and then you can come win a Super Bowl with me,’ Thomas explained.

Thomas got a kick out of Manning’s idea of leaving a mark on the GM’s desk, but had to decline.

“Peyton, I appreciate your humor as always. I appreciate that you want me. That really gives me a lot of warm and fuzzies,” Thomas said. “But I’m not gonna be able to poop on my GM’s desk.”

Thomas of course never went on to win a Super Bowl after playing his entire career with the Browns, and Manning was still able to earn his second ring that year without the offensive lineman he wanted.