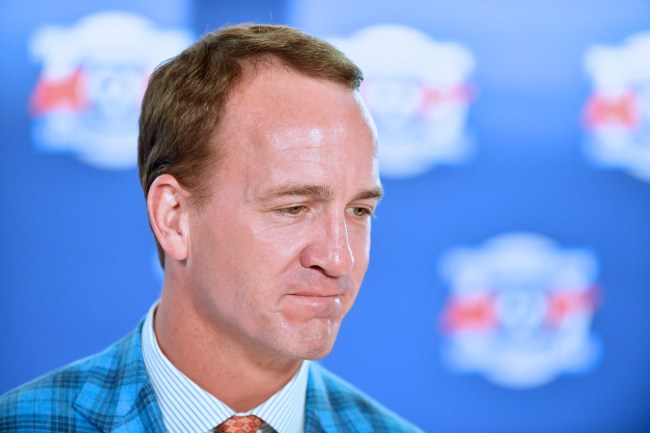 Peyton Manning continues to be one of the most influential football icons, even after retiring following the 2015 NFL season. And, while there have been plenty of rumors about what the future Hall of Famer might be interested in doing next to help stay involved with the league — like joining the broadcast booth or moving into a front office role with a franchise — he’s been quick to turn down both opportunities.

Sure, Peyton Manning has a few ESPN+ shows — with his newest one called Peyton’s Places — but he hasn’t pulled the trigger to move into TV full-time out of respect to his brother, Eli Manning, and some of his former teammates. Manning admitted that he would have a tough time being critical of those guys, which has held him back from calling live games.

As for why Peyton hasn’t yet moved into a front office role with a team, well, he just isn’t ready. That’s what the two-time Super Bowl winning quarterback said to Peter King in one of his latest columns for NBC Sports, citing the demands required for such a high-profile job.

“I’ve had talks with a few teams. It never got into any type of negotiation, if you will. I think a couple teams have expressed interest … I’ve given them that same answer. I’ve listened. I just said, that’s a job that is not a one-foot, dip-your-toes-in-the-water job. It is all-in, all-encompassing. I guess because I have that respect for the job and what it is, what it takes, that that’s why I’ve passed at this point. At some point, maybe I am ready to say, ‘Hey I’m all in.’ But I’m just not there yet.”

Although it’s unclear which teams have reached out to Peyton Manning about any front office jobs, the two teams most linked to him have been the Tennessee Titans and Cleveland Browns — with the former being in the state he played college football in, and the latter being with a good friend as its owner. In fact, CBS Sports’ Jason La Canfora even reported in 2017 that Peyton was offered a job by the Browns, but owner Jimmy Haslam denied offering the former signal-caller the job.

Finally, one of Peyton Manning’s teammates, wide receiver Reggie Wayne, even commented on what the legendary quarterback might be waiting for — and opportunity to become the next Jerry Jones. Yep, Wayne said he could see Manning becoming both an owner and general manager of a club one day, similar to what Jones does with the Dallas Cowboys. Of course, Manning would need to find some serious dough in order to be an owner, considering he earned about $250 million during his playing days.

Would Peyton Manning want to be an NFL GM? @ReggieWayne_17 sees him as a "new, modern Jerry Jones" pic.twitter.com/3niSJnk3Wm

Who knows what the future has in store for Peyton Manning? Whether it’s sliding into the broadcast booth or moving into a team’s front office, something tells me that the greatest passer in NFL history will be successful no matter what he ultimately ends up deciding. Here’s to hoping he takes the chance at some point.