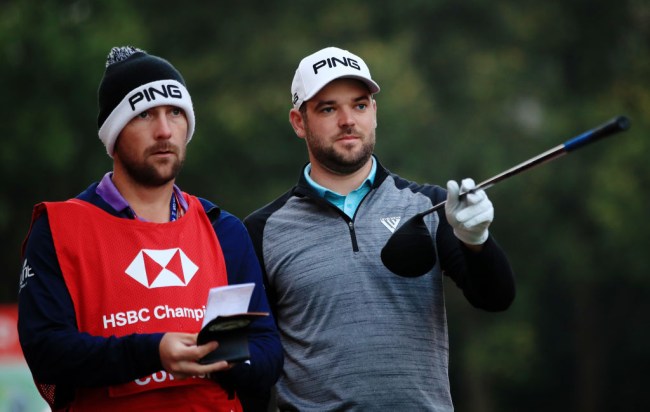 Back in May, when the PGA Tour announced its plans to return to action this week at the Charles Schwab Challenge, it made it very clear that testing was priority number one among its new safety and health procedures.

One of the requirements is that players and caddies be tested before they travel to tournaments and upon arrival and will be required to complete a daily questionnaire and temperature test. As we’re now officially in tournament week, we’ve gotten a first-hand look at the at-home coronavirus test kits thanks to Corey Conners’ caddie, Kyle Peters. The Tour is “strongly recommending” players and caddies take an at-home test.

Peters shared a video on Instagram detailing the actual kit itself and essentially gave a step-by-step breakdown of how the test goes down. Lucky for Peters, it was a saliva test and he didn’t have to stick the swab up his nose and ‘into his brain’ as he so eloquently explained.

He also explained that he jumped on a Zoom call with a medical practitioner that walked him through the test procedure. The test took around five minutes and the only pre-test requirement Peters explains is no food or drink 30 minutes prior to.

Peters shared an image in the video that his test results were negative.

If a player/caddies does test positive, they will be required to self isolate for at least 10 days with no symptoms or two negative test results at least 24 hours apart. Players or caddies that test positive will not be allowed to participate in the tournament and if a player tests positive after making the cut they will receive the last place unofficial money.