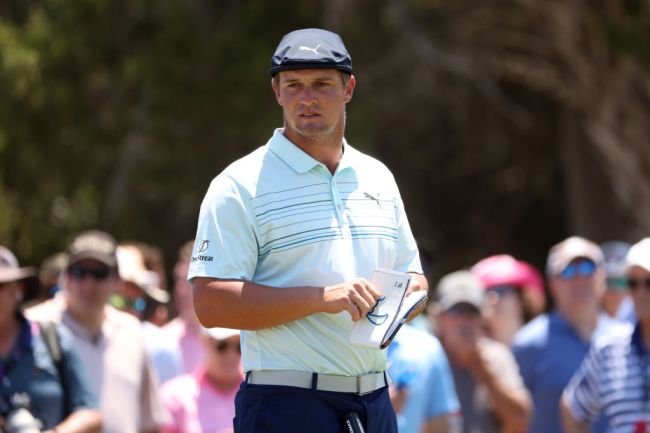 The PGA Tour’s Player Advisory Council has voted to outlaw green-reading books. According to Golfweek, the 16 players that make up the council voted to ban the books at a meeting two weeks ago. Now, the ban will be voted on by the full PGA Tour board.

Green-reading books consist of highly detailed illustrations that show the direction and degree of slope from every square inch of a green. The argument against the books is that they offer too much assistance and wipe out the actual skill of reading greens.

“I use a green book and I’d like to get rid of them,” Rory McIlroy explained during his U.S. Open press conference on Wednesday. He also said that green-reading books have made players “lazier.”

Plenty of players on Tour use a green-reading book – which why wouldn’t you since they’re totally legal – but Bryson DeChambeau is essentially the poster child for the books as he’s the most data-driven player in the game.

The green-reading books have certainly helped DeChambeau out on the greens as he’s been one of the most consistent putters in the world over the last handful of seasons. He’s currently ranked 48th in strokes gained: putting and has finished no worse than 32nd on Tour in that category since 2018.

It’s a safe bet that DeChambeau isn’t a fan of the news that the books will soon be banned. It almost feels like the ban is a direct shot at DeChambeau and his strategy on the greens. Many on Twitter pointed out that the next thing that should be banned is arm-locked putting, the style DeChambeau uses.

The Masters is the only tournament that doesn’t allow green-reading books at the moment. In five Masters starts, DeChambeau has never finished inside the Top 20.