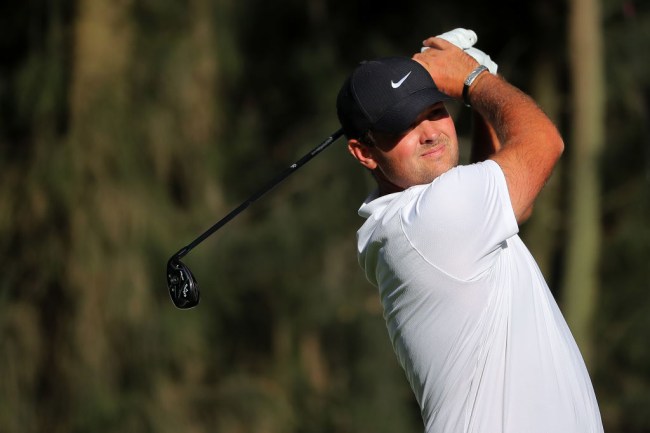 It’s been an eventful week for Patrick Reed, and not because something he’s said, but for what others have said about him.

On Monday, Brooks Koepka sat down with Sway on Sirius XM and was asked whether or not Reed improving his lie in a waste bunker at the Hero World Challenge earlier this year was, in fact, cheating. Koepka was quick to say yes and that he didn’t know what he was doing ‘building sandcastles’ in the Bahamas.

Here’s the clip Peter Kostis references in the latest @NoLayingUp podcast about Patrick Reed improving his lie. “He’s put his iron behind the ball about 4 or 5 times…the lie that I originally saw wouldn’t have allowed for this.” 😳 pic.twitter.com/S96jk4YNzS

Reed was asked about all of the smoldering commentary and specifically the bunker incident in the Bahamas yet again on Thursday following his first round at the WGC-Mexico Championship. Reed very clearly didn’t want to talk about anything other than his round.

“I said what I have to say about what happened in the Bahamas,” Reed said according to Golf Digest, “and at the end of the day, all I’m trying to do is go out and play good golf and trying to win a golf championship and hopefully run Rory (McIlroy) down.”

A follow-up question was then asked, but a PGA Tour official reportedly stepped in.

When a follow-up question was asked — if Reed was at all bothered that the topic of what happened in the Bahamas keeps coming up and following him — an official from the PGA Tour ended the interview, saying that Reed was only there to talk about golf, according to Golf Digest.

In the past maybe we would have heard Reed sound-off about all that is going on, but today’s Reed is keeping his guard up and clearly doing his best to keep the outside chatter away. Well, based on his first answer that is, because we didn’t get to hear an answer to the follow-up question that was asked.