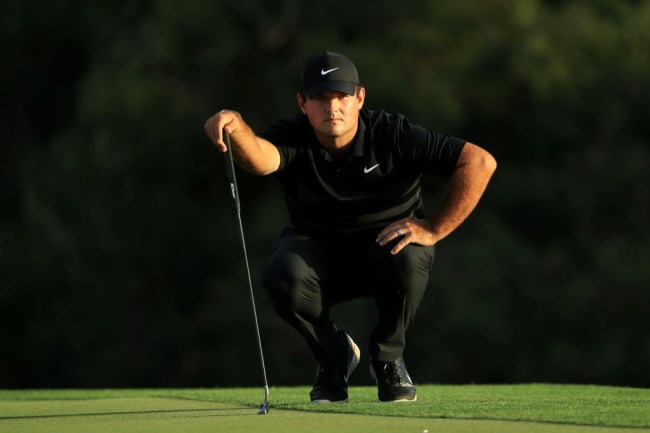 Patrick Reed has been in a not so great spotlight for years now, not just over the past couple of months following his cheating incident in the Bahamas at the Hero World Challenge. Despite the fact that he’s won nine times worldwide including a win at Augusta in 2018, the majority of the stories surrounding Reed haven’t necessarily been positive ones.

From Kevin Kisner saying everyone at Georgia doesn’t like him, his unique relationship and history with his family, the story of him allegedly stealing things and cheating during his college golf days and most recently Brooks Koepka coming out and saying that he did indeed cheat in the Bahamas, there’s just a lot going on when it comes to Reed.

Peter Kostis recently joined the No Laying Up podcast and dropped some serious, serious knowledge about Reed among many other things and let’s just say things aren’t going to get any easier for Reed following the interview.

With the recent incident in the Bahamas, the cheating situation was brought up and Kostis revealed that it wasn’t the first time he’s seen Reed improve his lie. Kostis, who was let go by CBS along with Gary McCord ahead of 2020, was quick to point out that he was in a unique situation when seeing these sort of things because he couldn’t call a penalty on a player.

“We could never call a penalty on a player, but we could comment if a penalty was called on a player, that’s the difference between reporting on a story and being a part of a story, right?

I’ve seen Patrick Reed improve his lie up close and personal four times now, you can go on YouTube. It’s the only time I’ve ever shut McCord up, he didn’t know what to say when I said ‘the lie that I saw originally wouldn’t have allowed for the shot.’ Because [Reed] put four, five clubs behind the ball, kind of faking whether he’s going to hit this shot or hit that shot and by the time he was done, he hit a freaking 3 wood out of there. Which when I saw it, it was a sand wedge layup originally.

I saw him, I was in the tower at 16 at San Diego on the Par 3 during a Golf Channel telecast and he hit it over the green, and he did the same thing. Put three or four clubs behind and it was really a treacherous shot, nobody had gotten it close all day long from there. And by the time he was done, I could read ‘Callaway’ on the golf ball from the tower.

I’m not even sure he knows that he’s doing it, sometimes. Maybe he does, I don’t know. I’m not going to assign intent.”

After listening to the podcast, which I recommend every person that reads this go listen to the full interview, I almost felt the need to clap a few times after Kostis told all of these stories. It’s not every day you get someone to go on record and say things like this, regardless of whether or not the player in question has been labeled as a villain.

As for that YouTube clip Kostis referenced, it’s a rather well-known video dating back to The 2016 Barclays where Kostis points out the fact that Reed put an iron behind the ball ‘about four or five times’ before eventually going with 3-wood from a lie in the rough that certainly changed in Kostis’ eyes.