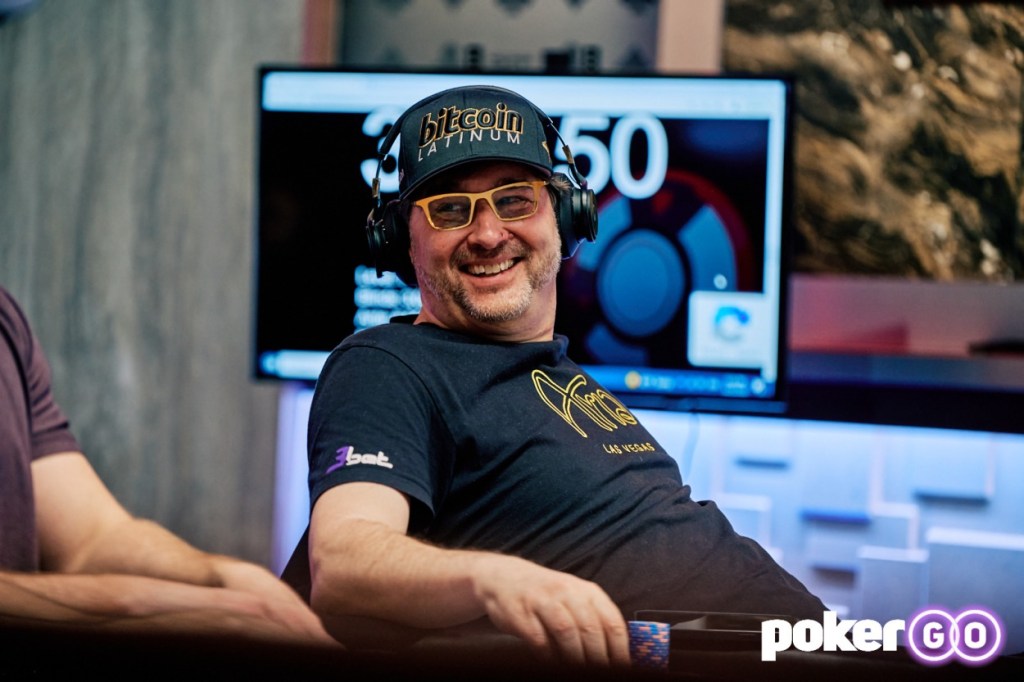 When it comes to tournament poker, Phil Hellmuth is the undisputed greatest of all time. He has the WSOP bracelets (and other wins) to prove it.

Phil has a record 16 World Series of Poker bracelets and $16,310,775 in earnings (181 total cashes). That puts him six bracelets ahead of the competition. Tied for 2nd all-time with 10 WSOP bracelets are Phil Ivey, Johnny Chan, and Doyle Brunson, three legends of poker.

This hand isn’t from the World Series of Poker but I used those stats above as a benchmark of poker tournament success. Here we have a hand from event #9 of the 2022 US Poker Open where Phil Hellmuth eventually finished in second place to fellow Poker Hall of Fame member Erik Seidel.

Hellmuth has a reputation for blowing up at the tables and that’s exactly what we see here, him losing his mind. I have also included another hand from this tourney down below (via the PokerGo YouTube channel). The profanity is beeped out below, by the way.

I was able to interview Phil Hellmuth a few months back during his epic run at the 2021 World Series of Poker. We talked about his reputation as the ‘Poker Brat’. I asked him if that reputation has ever overshadowed his career success at the tables and if that’s something he ever thinks about. Here’s that portion of our interview…

Cass Anderson: “To that point though, I sort of came to know poker the way many people did during the ‘Poker Boom’ driven by ESPN’s coverage and the explosion of online poker. At the time, ESPN had sort of built all of these personalities around you guys on television, and your nickname is ‘The Poker Brat’ which has clearly worked extremely well for your career and branding. But I personally think that has a little bit overshadowed all of your WSOP records, and I don’t think ESPN ever did nearly as good enough of a job emphasizing those records to the public at the height of the ‘Poker Boom’.

Is that something that you ever worked on personally, trying to emphasize the bracelets and records more when you’re on camera? Or does it not matter to you ’cause you’re the best?”

Phil Hellmuth: “Yeah, I mean, when they first came into poker they (ESPN) didn’t talk at all about who the all-time greats were almost at all.

And so I did too much talking about myself and too much promoting. I wanted credit. I wanted to say “hey, I am the all-time leader, I am this, I am that.” And then you get kind of known as a braggart. So then in the last three or four years, I’ve tried to kinda sit back and let other people judge my legacy.”

He then went on to discuss a recent feud with Daniel Negreanu which was a fun topic at the time. You can click here to read that interview in full but don’t leave before you check out this hand where Phil gets his chips back.

If there is a perfect way to get under someone’s skin at the poker table it’s to take your chips back during a hand that you 100% should’ve lost. I talked extensively about Phil Hellmuth’s Q-4 off-suit hand here. Was it a terrible play? Probably not because it worked…