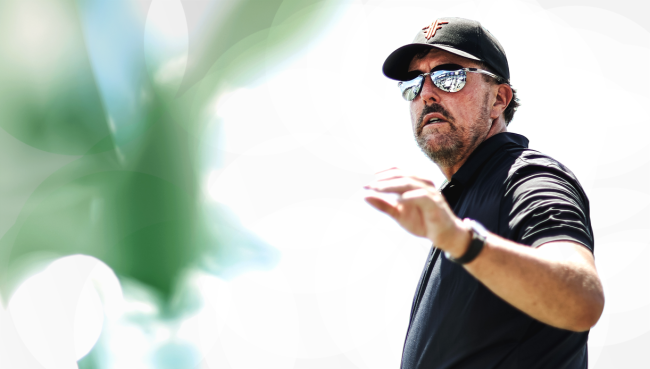 Phil Mickelson, Bryson DeChambeau, Ian Poulter and eight other LIV golfers have filed an antitrust lawsuit against the PGA Tour over their suspensions.

Three of those LIV golfers, Talor Gooch, Hudson Swafford and Matt Jones, have also filed for a temporary restraining order that would allow them to play in the PGA Tour’s FedEx Cup Playoffs. All three had already qualified for the the event before joining the LIV tour.

According to a report published in the Wall Street Journal,

The complaint and application for a temporary restraining order were filed in ​​the U.S. District Court for the Northern District of California. Ian Poulter, Abraham Ancer, Carlos Ortiz, Pat Perez, Jason Kokrak and Peter Uihlein round out the golfers putting their names to the suit, arguing that the PGA Tour is trying to hurt their careers.

“The Tour’s conduct serves no purpose other than to cause harm to players and foreclose the entry of the first meaningful competitive threat the Tour has faced in decades,” the complaint reads.

In their application for a temporary restraining order, the LIV golfers state, “The purpose of this action is to strike down the PGA Tour’s anticompetitive rules and practices that prevent these independent-contractor golfers from playing when and where they choose.”

Several LIV golfers have already been successful in court when a judge earlier this year allowed them to compete in the Scottish Open, which is co-sanctioned by the PGA and European tours.

The lawsuit also provides new details about Mickelson’s status on Tour, which had been the subject of significant intrigue after he ceased playing in the wake of controversial comments regarding Saudi Arabia’s record on human rights that were published earlier this year. The lawsuit says Mickelson was suspended by the PGA Tour back in March for allegedly recruiting players to play for LIV, among other reasons, and that his appeal was denied. When he applied for reinstatement in June, the suit says, the Tour denied it based on his participation in the first LIV event that month outside London. It said he was forbidden from applying for reinstatement until March 2023, which was extended until March 2024 after he played the second LIV event.

The FedEx Cup Playoffs begin on August 8th at TPC Southwind in Memphis with the FedEx St. Jude Championship and conclude on August 28th at East Lake Golf Club in Atlanta with the Tour Championship.

Golf fans were left confused, angered, and in some cases, happy, by this latest battle between LIV golfers and the PGA Tour.

I dont get it. They chose to join another tour. Then force their old tour to still let them play. Why? Isnt LIV the best thing ever? Why even care about the PGA? Its like me leaving my job for another job and then forcing my old job to still let me have the benefits of it.

About time. @PGATOUR had no right kicking me them off. They aren’t a league and have no player contracts. They are ok with Corporations making money from Saudis but not the individual American.

The players are not employees, they're independent contractors. The PGA Tour is not their employer, it is a tax exempt members organization that is supposed to act as a trade organization, advocating for member interests. That's why their behavior is questionable