It’s Still Unclear If Phil Mickelson Has Been Suspended, But Comments From The PGA Tour Commissioner Gives Hints 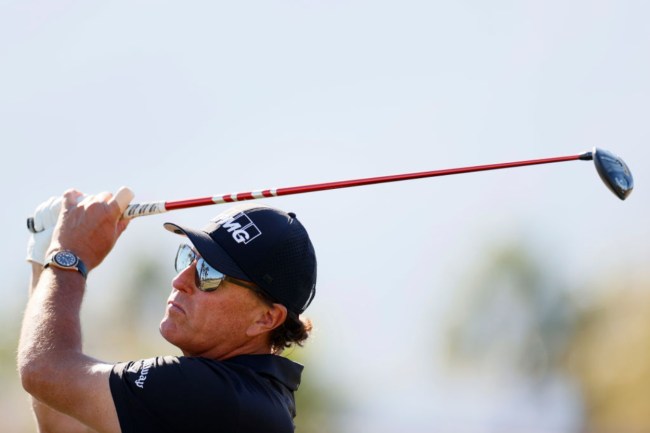 The dust is beginning to settle when it comes to the Phil Mickelson drama involving both the PGA Tour and Saudi Golf League. The keyword in the previous sentence is ‘beginning,’ and it’s only beginning to settle because Mickelson has essentially gone into hiding since sharing his apology on February 22.

There are still so many questions when it comes to Mickelson and his future in golf as a whole. The question that’s been everyone’s mind is whether or not he’s been suspended by the PGA Tour, and rightfully so.

Mickelson called the PGA Tour a “dictatorship,” bad-mouthed commissioner Jay Monahan, and openly stated he’s worked closely with the proposed breakaway Saudi Golf League. Then, in his apology, Mickelson announced that he’ll be stepping away from the game.

So, it makes sense that golf fans and media members alike are wondering whether or not the six-time major champion has been suspended by the PGA Tour.

It Certainly Doesn’t Sound Like Phil Mickelson Has Been Suspended

PGA Tour commissioner Jay Monahan didn’t blatantly confirm or deny whether or not Mickelson has been handed a suspension, but his comments paint a pretty clear picture that he hasn’t.

“I have not talked to Phil since he made his comments and since he said that he was stepping away,” Monahan said Tuesday ahead of this week’s Players Championship, per GOLF’s Dylan Dethier. “I would welcome a phone call from him. But it’s hard for me to talk about the different scenarios that could play out.”

While there’s a chance that Monahan could have suspended Mickelson by email, it’s highly unlikely. You would imagine Monahan or someone at the Tour would have reached out to Mickelson via phone or in-person to deliver that sort of news out of respect.

One very important note is that the Tour hasn’t ever publically talked about suspensions in the past. Monahan was asked directly if Mickelson was suspended, and confirmed that the Tour doesn’t talk about disciplinary matters.

“He stepped away on his own accord, and he’s asked for time. He’s been given that time,” Monahan explained. “We don’t comment on disciplinary matters, potential matters or actual matters. But every player is accountable for their actions out here.”

You could certainly read those comments and argue that there is a chance that Mickelson has in fact secretly been suspended. Then again, one might imagine the Tour would want to make an example of Mickelson, and if he were suspended, it wouldn’t be a secret.