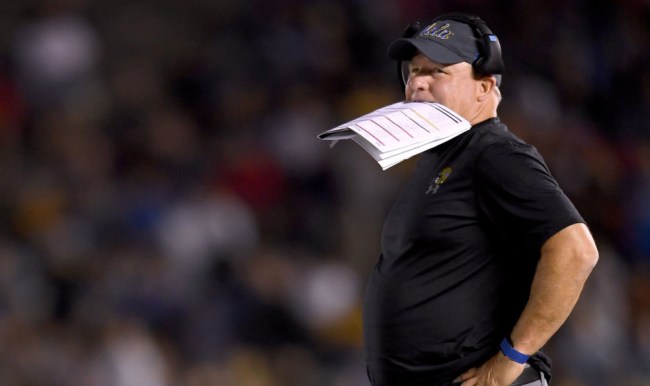 Jeffrey Lurie has owned the Philadelphia Eagles for 25 years now.

Since that first season in 1994, the Eagles have been to two Super Bowls, winning one, Super Bowl LII, versus the Patriots. So with 23 seasons of not winning a Super Bowl under his leadership, there is obviously a lot of wiggle room for regrets there.

That being said, one doesn’t have to go very far back in Eagles history for what Lurie admitted was one of the biggest regrets he has as an owner. In fact, you only have to go back four seasons.

After relatively successful back-to-back 10-6 seasons as head coach of the Eagles, Chip Kelly was given full control over personnel moves by Lurie.

This decision led to the deaprture of players like Nick Foles, Evan Mathis, Trent Cole, LeSean McCoy, and Jeremy Maclin, and the additions of players such as Sam Bradford, Byron Maxwell, Kiko Alonso, Miles Austin, Ryan Mathews, and DeMarco Murray.

It also led to a disappointing 6–9 record before Lurie fired Kelly with one game left in the season.

Which certainly explains why when asked by The Athletic’s Sheil Kapadia what his biggest regret is as an owner, his handling of Chip Kelly was an easy choice.

Asked for his biggest regret as owner, Lurie says there are many, but he has trouble identifying just one. He admits that stripping Roseman of his power and giving Kelly full control is one of them. At the time, Kelly was coming off of back-to-back 10-win seasons. As Lurie has explained in the past, he felt like expanding Kelly’s reach was a necessary step to see what he had in the coach.

“I don’t regret the hiring of him because it was done with a really good thought process,” Lurie says.

“But, yes, I would say I regret giving him the kind of authority I gave him, yeah. That’s an easy one.”

The man Kelly replaced in making personnel decisions, general manager Howie Roseman, was immediately reinstated to his previous role and voila! I think we all know how that ended up working out.

Read the entire fascinating piece over at TheAthletic.com.