What It’s Like Playing Against Lionel Messi In Real-Time, According To The Best U.S. Soccer Goalie Ever 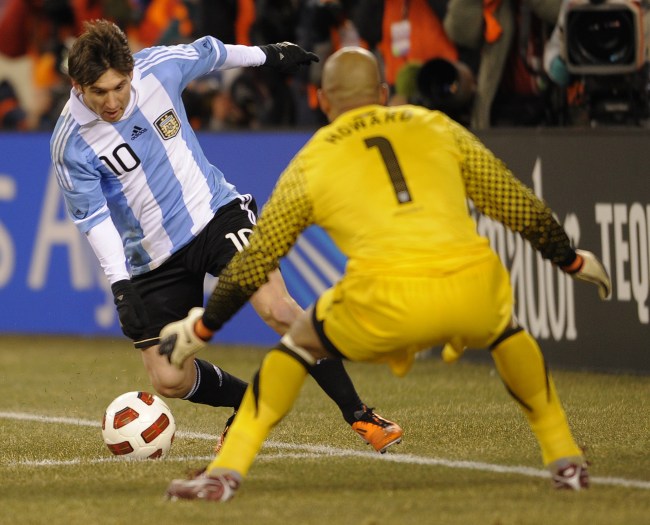 If you just woke up from a 20 year coma and the first thing you did was join an indoor men’s soccer league, you may be tempted to pick Lionel Messi right before the guy in Teva sandals who reeks of Newport menthols.

The sorry thing is, no one could fault you for it.

At 5-foot-7, Messi could just as well be a really serviceable HVAC repair expert or one of those guys who wears earmuffs on airport runways.

Instead, he is on the Mount Rushmore of greats in the most popular sport on the planet. God has a sense of humor.

We've all witnessed the magic of Lionel Messi. But not like @TimHowardGK has.

Fascinating chat the Great Tim Howard. Click below to listen to the full interviewhttps://t.co/gFzBRDxTvw pic.twitter.com/N7acLy0bVK

And then you see him and I imagine those guys feel it and are like, ‘Whoa, when did Hercules get on the court?’

Messi on tape looks really fast and really tricky and really slick, and then you get in the game and it’s multiplied by 10, and you’re like, ‘This is impossible.’

He shoots, he’s kind of diminutive, he’s not very big and you watch him shoot the ball and you’re like, ‘Just save that thing.’

And then you get out there and he’s rifling it as if he’s 6-foot-4. You think, ‘Where does that come from?’

The whistle blew and he was like Super Mario with the star. No one could get near him and the game plan went out the window in minute two.

If you didn’t have time to read all that, Tim’s words can be summed up perfectly in one photo. 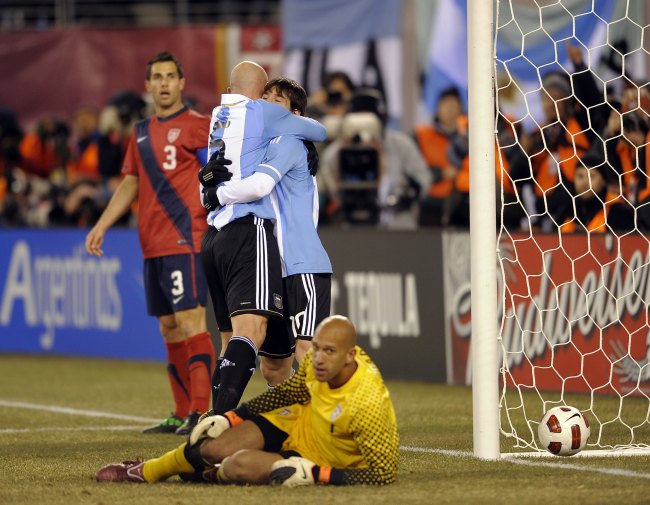 TIMOTHY A. CLARY/AFP via Getty Images

^^^ My face when someone rifles off three work emails before 9 am.

Top 10 goals of his career 🎥pic.twitter.com/1eyvBgxljV

Listen to the fascinating full interview with Tim Howard below (starts at 49:40 mark).