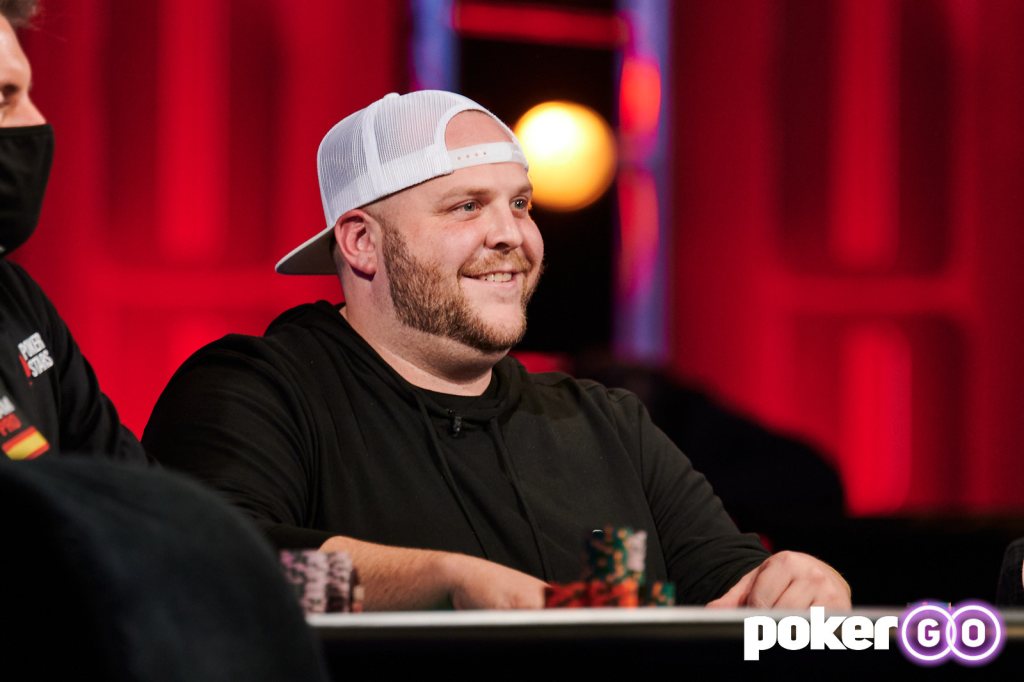 Every poker player has a favorite starting hand. That hand might change over time. And it certainly changes across the various games of poker. For whatever reason, I’ve always loved J-10 suited as my starting pocket cards in Hold Em. For poker player Nick Rigby, his favorite hand is the ‘Dirty Diaper’ (3-2 offsuit).

One of Nick’s friends, Jeff Platt, told PokerGo that back in Pittsburgh they regularly play the Dirty Diaper in home games. And when a player wins a hand with the Dirty Diaper everyone at the table has to give that player a chip.

Throughout the 2021 World Series of Poker Main Event, Nick Rigby was no stranger to playing the Dirty Diaper (3-2 offsuit). He lost 14% of his chip stack on Day 5 of the Main Even when he overplayed the Dirty Diaper against John Song. He made another big 3-2 call for 1.17M against Benjamin Armstrong’s AA (he lost).

Nick would enter Day 6 of the WSOP with 5.2 million in chips and this time he’d win big with the Dirty Diaper. Here’s the hand via PokerGo, one of the most aggressive and reckless bluffs we’ve ever seen:

Picking up over 2 million in chips on that hand was HUGE for Nick. Getting someone to fold KK wasn’t the craziest move in the world given that there was an Ace on deck but then again, if Nick had an Ace in his hand it was incredibly unlikely that he was shoving all-in there. I think if I was in Jensen’s position I would’ve called.

Nick Rigby, the King of the Dirty Diaper, would eventually finish the WSOP Main Event in 52nd place on Day 6. 52nd place paid out $136,100 and he was awarded 335.03 WSOP Player of the Year points for that finish.

This was Rigby’s first WSOP cash. Finishing in 52nd place out of 6,650 entrants is an incredible feat.