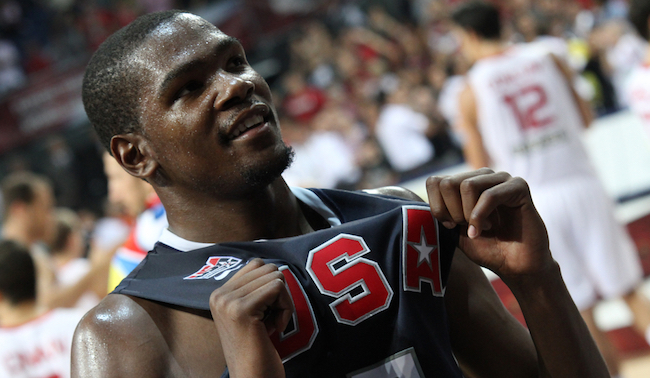 In 2007, the Portland Trail Blazers had the first pick in the NBA Draft and ultimately decided to use it to select Greg Oden, a 37-year-old man who somehow got away with posing as an 18-year-old freshman at Ohio State. The Seattle Supersonics (RIP) used the second pick to draft Kevin Durant, who was named the best player in college basketball by multiple organizations after the end of his freshman season at Texas (and who would eventually earn a coveted spot on the cover of that year’s installment of the sorely missed NCAA March Madness series).

After entering the league, Oden decided to dedicate his professional career to injuring as many of his joints as possible, while Durant— as you probably know— went on to be pretty good at basketball. On Thursday, he was named to his ninth All-Star team when LeBron James chose him as the first pick in the newly instituted (and inexplicably untelevised) draft.

After last night’s victory over the Minnesota Timberwolves, the Golden State Warrior was asked about how he felt going so early in the All-Star Draft, and he said he was glad to finally be a number one pick.

"Well, finally someone picked me number one. That feels pretty good. It's going to be fun competing against Steph, Klay and Draymond." – @KDTrey5 on being selected first for #TeamLeBron and going up against @warriors teammates

The Trail Blazers got wind of his comments and took to Twitter to offer a sincere apology for their decade-old mistake.

Durant will have a chance to make the team feel even worse about themselves when he heads to Portland next month before suiting up for the All-Star Game a few days after.

I offer my sincere condolences.