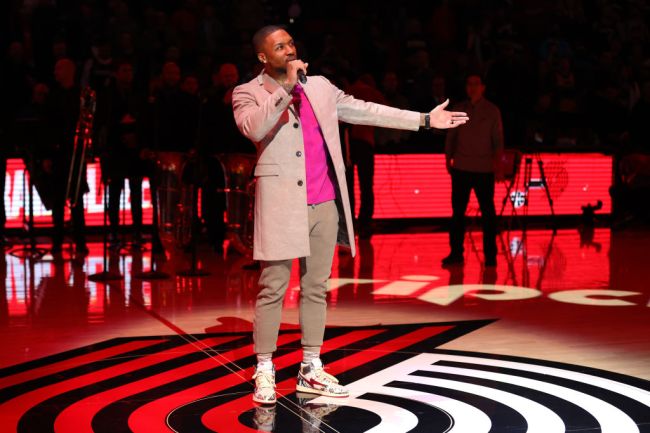 Around the time of this past season’s NBA trade deadline, it appeared that the Portland Trailblazers were headed for a rebuild. Damian Lillard was injured, the team was just outside of the playoff picture, and they were shipping off veteran pieces.

However, it seems now like that rebuild might not be coming after all. According to a report from Hoops Hype, the Blazers could try and trade the 7th overall pick in this year’s draft to add a piece to their roster, with some NBA executives believing they could trade for the Pistons’ Jerami Grant.

REPORT: Rival NBA execs are “keeping an eye” on if the Pistons will send Jerami Grant to Blazers for the No. 7 overall pick.

Just trading for Grant isn’t going to be enough to make the Blazers contenders again, but it would be a clear indication that their goal is to work their way back into contention.

The Blazers traded away quite a few veteran pieces at the trade deadline this past season, but those trades landed them a couple of pieces that could come in handy next season in Eric Bledsoe and Josh Hart. They also secured some draft capital in the CJ McCollum deal that they can use to make more moves to improve their roster.

The Blazers have cap space and a lot of room between themselves and the luxury tax. Adding Jerami Grant and his 19.2 points per game to the roster would be a great start to making this team a real playoff threat again.

With the Blazers reportedly likely to re-sign Jusuf Nurkic, they’d then only be another piece or two away from a roster that would make Damian Lillard want to stay in Portland.