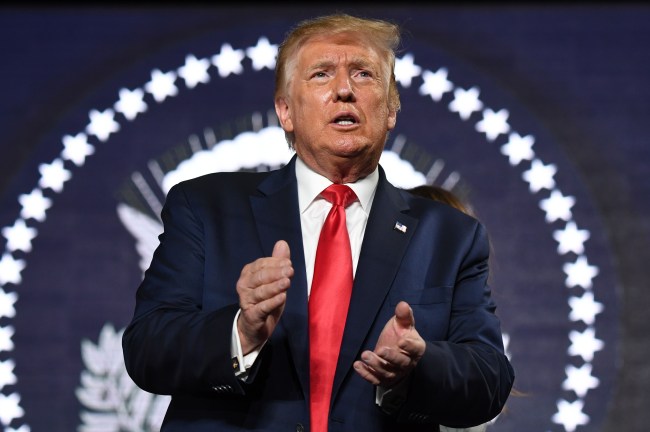 Hours after criticizing NASCAR and Bubba Wallace, President Trump condemned the Washington Redskins and the Cleveland Indians in a tweet.

Over the weekend both the Redskins and Indians revealed that they were both going to perform internal reviews of their franchise names after being criticized for being racially insensitive.

In a tweet on Monday afternoon, the President stated that both team names are names of “strength, not weakness” and went on to say that he’s disappointed the teams were changing their names to be “politically correct.”

They name teams out of STRENGTH, not weakness, but now the Washington Redskins & Cleveland Indians, two fabled sports franchises, look like they are going to be changing their names in order to be politically correct. Indians, like Elizabeth Warren, must be very angry right now!

Trump’s tweet about the Redskins and Indians’ name comes days after he spoke out against national monuments and statues being defaced by protesters in his 4th of July speech.

In a July 4 speech packed with all the grievances and combativeness of his political rallies, President Trump assailed segments of the nation that do not support him. He slammed efforts to remove statues, saying, “Our past is not a burden to be cast away.” https://t.co/ZrVP2XIYB6