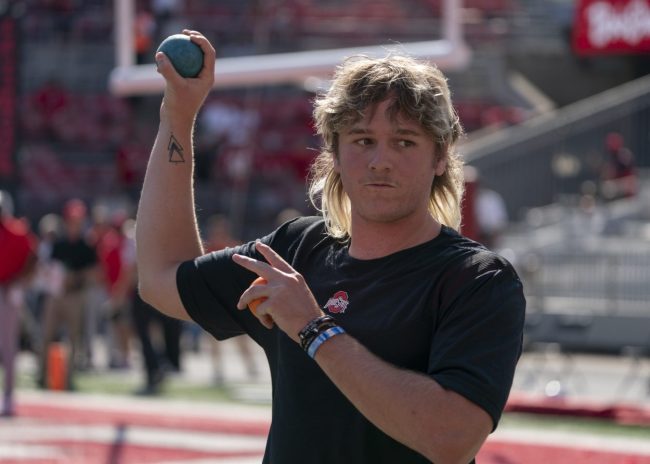 The (hopeful) future of Texas football has arrived. Quinn Ewers is officially on-campus in Austin and people are already very #MadOnline over his look.

Ewers, the No. 1 quarterback prospect in the nation both this year and last, has had quite the journey. The former five-star recruit from Southlake, Texas was the nation’s top recruit in the Class of 2022.

However, he chose to reclassify, forwent his senior year, and enrolled at Ohio State. While with the Buckeyes, despite not playing more than a few snaps on the season, he signed some seriously lucrative deals for his Name, Image and Likeness.

Of the deals that he inked, one of them was reportedly worth more than $1 million. Remember, Ewers is 18 years old. Not a bad pay day for someone who is supposed to be a senior in high school.

After the season, Ewers hit the transfer portal. He was expected to head back to his home state and the Longhorns reportedly weaponized NIL to get him in burnt orange.

It worked. Ewers committed to Texas and will make a lot of money in the process.

Part of Ewers’ allure, in addition to his cannon arm, is his look. He rocks a mullet that is so glorious that it would make Hulk Hogan jealous.

However, not everybody is a fan of his hair.

With the spring semester quickly approaching, Ewers is officially on campus in Austin. The team officially announced his arrival by posting a photo of him and his mullet on Twitter.

In response, a man by the name of Lon Moore was very #MadOnline. Moore is a former Oklahoma journalist, semi-retired freelancer and self-proclaimed Christian Patriot. 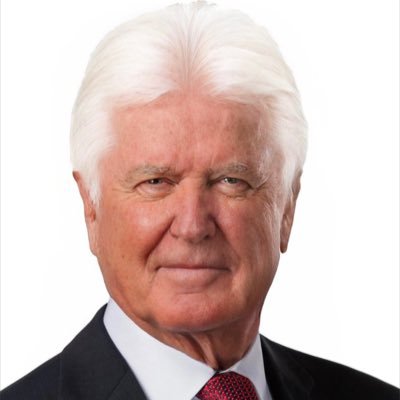 Lon replied to the photo of Ewers on Twitter and suggested that he use some of the money he has made with NIL to get a haircut.

With all that N.I.L. money, he should be able to afford a shave and a haircut. Look like a ball player. Used to cost me $1-2 when I was in college and I wasn’t cashing in on my N.I.L. – Lon

There are a few things to break down here:

Nevertheless, Lon’s take is terrible and he got roasted accordingly. Eddie Radosevich, an Oklahoma-based staff writer and videographer for Sooner Scoop of the Rivals network, put him in a body bag.

I dunnnnno. That seems like an opinion Quinn needs to get a haircut. Is that a fact? Thanks. Be well. – Ed

“- Ed” was not the only one to serve up the heat. A man by the name of Blaine Butler also offered a hilarious take that had Lon tripping all over his own feet.

Blaine – Different times. Jesus lived 2000 years ago. Don’t think they had safety razors or clippers back then. But if they did, I’ll bet he’d have it high and tight and clean shaven. Kinda like Schmitty at OU. – Lon

It just goes to show that there is an entire generation of Lons who are simply so out of touch with society. Ewers’ mullet is awesome and it has made him a lot of money along the way.

Tough day to be Lon.