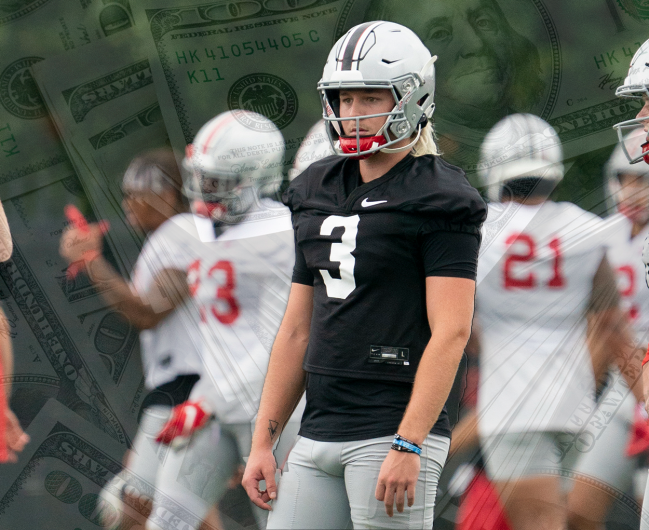 The University of Texas just landed its second-highest rank recruit in school history. Quinn Ewers, who spent the fall with Ohio State before entering the transfer portal, is set to join head coach Steve Sarkisian in Austin.

The former five-star recruit from Southlake, Texas was the nation’s No. 1 recruit in the Class of 2022. He chose to reclassify over the summer, forwent his senior year of high school and joined the Buckeyes.

After arriving late to the competition, Ewers never really stood a chance for the starting job. He ended up losing the four-way competition to C.J. Stroud and took a redshirt. Stroud, a freshman, became a Heisman Trophy finalist and will be the starter for the foreseeable future.

From the Lone Star State, he was reportedly only looking at schools in Texas. TCU was ruled out very quickly and the decision came down to Texas Tech and the University of.

He ultimately went with the latter. Ewers was committed to UT early on in his recruiting process but ultimately ended up flipping. Now he is going back.

By joining the Longhorns, he is going to make a lot of money.

Ewers is the second-highest recruit in school history behind Vince Young and is incredibly marketable. He rocks a mullet that would make Hulk Hogan jealous and has a cannon for an arm.

With his marketability comes opportunity to profit from his Name, Image and Likeness. By enrolling at OSU early, Ewers has already signed deals worth more than $1 million through NIL.

Now, at a school like Texas with a brand as big as Texas’ is, his bank account is going to double, maybe even triple, over the course of his time in Austin. He is going to be the guy that is expected to bring the Longhorns back. And he really could.

And to make things even easier, he already has offers lined up. During the recruitment process, Sarkisian and his staff reportedly pitched Ewers on NIL deals that were conditionally in place if he were to commit.

All he had to do was sign the dotted line and he did. Ewers is going to carry a multi-million net worth before the age of 20.