Rafael Nadal’s Golf Swing, Routine Mirror What He Does On The Court, He Even Does The Wedgie Pull 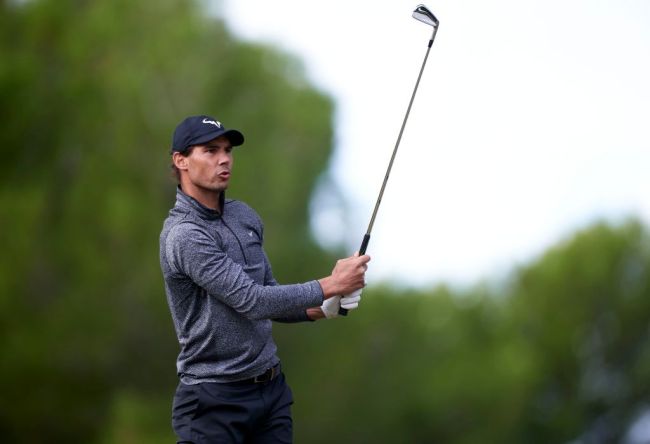 Rafael Nadal became just the fourth male tennis player to ever win 1,000 ATP Tour matches after beating Feliciano Lopez in Paris earlier this week. He joined the elusive club that members Ivan Lendl, Roger Federer, and Jimmy Connor as well adding yet another line to his already GOAT-status resume.

Nadal is also a scratch golfer apparently because being one of the greatest to ever hold a tennis racket isn’t enough for him.

He teed it up in the Individual Professional Baleares Championship in October and given his recent achievement on the tennis court, the European Tour tipped its cap to Nadal and posted a clip of his golf swing and routine to Instagram.

His golf swing is essentially just some altered version of his backhand, it’s without a doubt the most tennis-style golf swing a human has ever produced. On top of that, the clip shows his full-shot routine and not only does he fidget around like he does while waiting to return a serve on the court, he even picks his wedgie just like he does before every time he serves in a match.

Hey, if it works, it works, but given this golf swing, let’s just say Nadal should probably stick to his day job.

Here’s a look at the iconic wedgie pick we’ve all seen countless times during his matches: