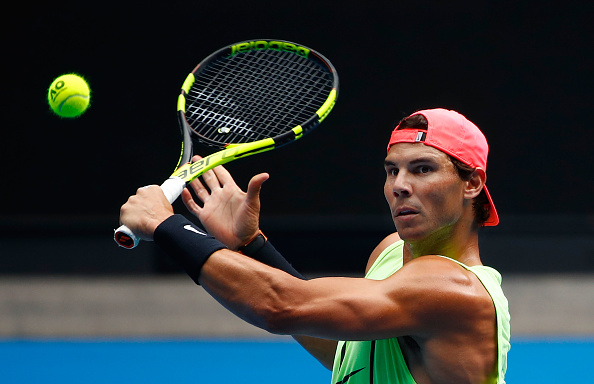 Rafael Nadal has won 17 Grand Slam events thanks to his god-given talents. But aspects such as his conditioning, work ethic, and diet have allowed him to be a top tennis player at the age of 32. Let’s look at the food and drink that Nadal uses to fuel his body.

Nadal definitely consumes a fair amount of vegetables and fruit.

Here he is getting some fresh greens from the grocery store.

Nadal loves seafood. During a cooking demonstration with the chef Marcus Samuelsson in 2016, ideal the Grand Slam champion was asked what he typically eats before a big match and he responded by saying, “Always seafood.”

Nadal isn’t afraid to mix it up in the kitchen either, where he cooks up fish. He says his favorite dishes to cook are pasta with shrimp and mushrooms, but he can also bake a cake.

“I love the shrimp dumplings,” he said during a 2015 interview with Australian Open TV.

RELATED: People Who Eat A Diet Rich In Fish Have More Sex According To New Study

But his favorite seafood dish is paella and nobody cooks the Spanish dish quite as delicious as his mama makes it. However, Nadal cautioned that you can’t indulge in the Spanish saffron-y rice dish with shrimp and mussels every day. “Only sometimes, not every day,” Nadal warned. “You eat paella every day, you cannot play tennis.”

He loves Japanese, Chinese, and Italian food, “but, of course, Spanish food I think is the best.”

Such a lovely night with incredible people at @zelarestaurants in #ibiza. Thanks a lot for the amazing food.

Nadal also loves olives and chocolates (not together thankfully). “I love eating olives. They’re healthy, but maybe not if you eat as much as me,” Nadal said. “And I like chocolate.”

Don’t forget you can win a trip to Paris and meet me in person with one of your friends! You still have time to enter my @Prizeo campaign by donating as little as $10 to One Drop @1dropwater and the Rafa Nadal Foundation @frnadal! Link in bio ✈️ #onedrop #fundacionrafanadal #10wavesofonedrop

The tennis superstar understands that sometimes you have to let loose and go outside your restrictive diet. “Chocolate! Nutella! French fries,” Nadal says of his cheat foods. “But I eat them when I am not close to a match and never abuse any of those.”

Nadal has been a Bacardi brand ambassador since 2013, so he’s not against having some great rum.

During matches, Nadal quenches his thirst with water and isotonic drinks that replace lost water, electrolytes, and energy. 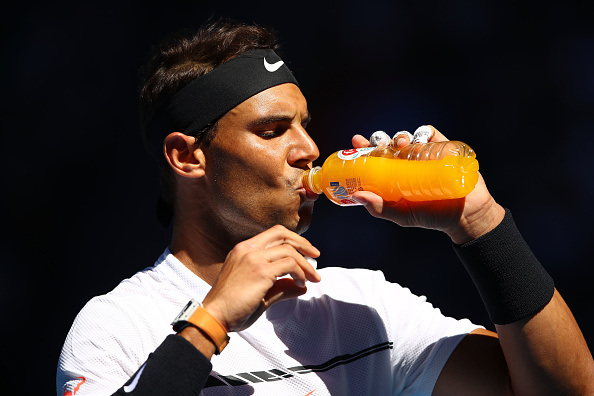 So everything in moderation… except maybe olives.

Happy to have practiced at @RafaNadalAcademy these days 😉👌