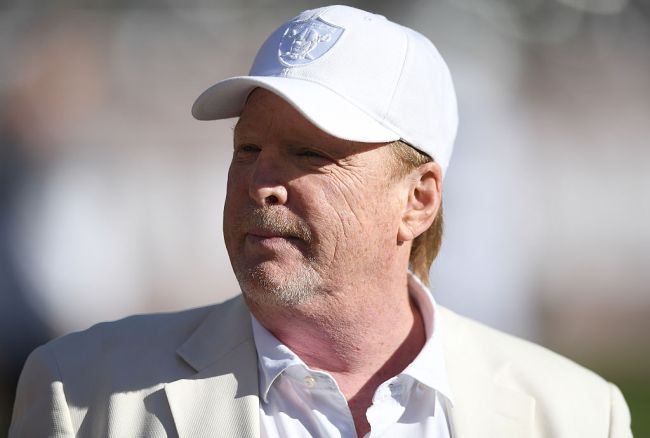 A somber Davis was filmed by local TV crews entering the funeral on Thursday and was one of roughly one hundred people who attended the service.

About 100 people packed St. Simeon Serbian Orthodox Church on Jones Boulevard for the service. The crowd overflowed into the foyer and onto the sidewalk during the hour-long ceremony. Serbian hymns rang out while women and men in black wept.

At 12:30 p.m., Tintor’s white casket was carried out to a waiting white hearse. The priest sang another Serbian hymn, while another man draped incense over the casket.

Those who then exited the church could be seen crying or carrying wet tissues. The dozens standing outside stared at the ground silently. Some sniffled away tears.

Raiders’ owner Mark Davis was among those sitting in the 10 pews inside the church for the funeral. He walked away quietly and alone after the casket was carried out.

While speaking to the media last week, an emotional Davis called Tintor’s death “devastating” but vowed not to abandon Ruggs.

But he made it clear the organization will not turn its back on Henry Ruggs. https://t.co/Z1FFjPo9Vc

“We released Henry Ruggs, the football player,” “Henry Ruggs is still a human being and Raider alumni and somebody that we want to help. We’ll be there for him.”