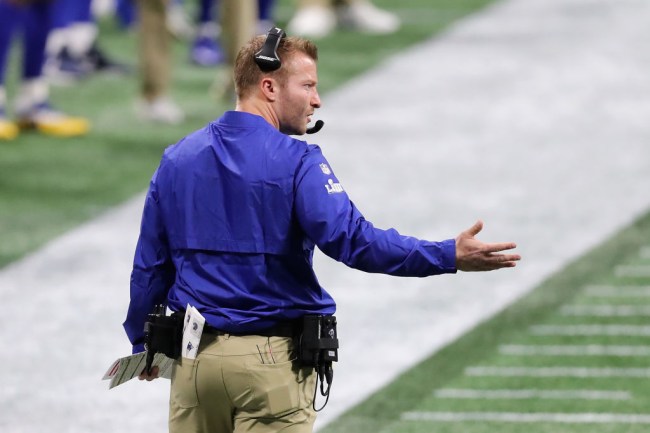 In the closing minutes of this year’s NFC Championship, the New Orleans Saints had the ball in their hands and were driving down the field with a chance to all but put the game away.

With around two minutes remaining and the score knotted at 20, the Saints were facing a third-and-ten from the Rams’ 13-yard line and appeared to convert by default after Nickell Robey-Coleman prematurely pancaked receiver Tommylee Lewis as he tried to reel in a pass from Drew Brees.

The only problem? No flag was thrown on the play.

If the penalty had been called, the Saints would have been able to milk the clock before kicking a field goal. Unfortunately, it wasn’t, and the Rams would get a chance to tie the game before ultimately prevailing in overtime (where the Saints might have gotten screwed yet again).

Despite the best efforts of Saints fans, Roger Goodell could not be convinced to wield his iron fist and overturn the results of the game and Los Angeles got the chance to take on the Patriots in Super Bowl LIII, a contest that will be remembered for how truly forgettable it was.

The NFL would eventually admit the refs gave the Saints the same treatment Vince McMahon gave Bret Hart in Montreal, and as of this week, teams can now throw a red flag to challenge the lack of a yellow one on the field as far as pass interference is concerned.

According to Stephon Jones, a called OR non-called pass inference penalty can be challenged during the game before two minutes. After 2 minutes, it goes to booth reviews. Big change.

However, it turns out the Saints weren’t the only people who could have benefited from the rule change.

According to CBS Sports, the NFL competition committee also took a closer look at a play from Super Bowl LIII earlier this week and it turns out the Saints aren’t the only NFC team who might have gotten boned by the refs during the playoffs, as officials say the Patriots’ Stephen Gilmore should have been flagged for interfering with Brandin Cooks on a pivotal play in the fourth quarter.

The competition committee said this play should have been interference and the #Rams would have gotten the ball on the 1-yard line. I pointed this out that night (some of you were irritated). It was subtle but by the letter of the law… pic.twitter.com/TdJi2YBnzw

If a flag had been thrown, the Rams would have gotten the ball on the 1-yard line with a chance to tie the game instead of falling victim to the interception Jared Goff would throw on the ensuing play.

Of course, even if the penalty had been called here, the Rams basically would have been setting up Tom Brady to do what Tom Brady does best, so while I doubt this no-call cost them the game, I’m sure one of the seven Rams fans in the world is still going to be salty about it.