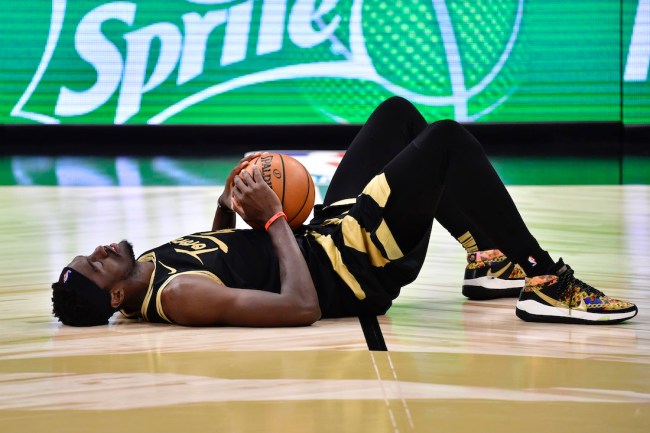 The Toronto Raptors haven’t quite had the season the team expected. While nobody really thought the Eastern Conference squad would compete for a championship — as it did a couple years ago — given the talent on the roster and experience, reaching the NBA Playoffs was definitely achievable. Sadly, for fans, it doesn’t look like that’s going to happen.

Then again, the fans I’m referring to above aren’t really the diehard supporters the Raptors are used to having when at home in Toronto. That’s because the franchise temporarily relocated to Florida to play this NBA season due to travel restrictions from COVID between the U.S. and Canada. The result? For the players, a situation that feels less than welcoming and more like they’re constantly on the road.

According to two of the team’s leaders, Pascal Siakam and head coach Nick Nurse, that’s the experience the Raptors are going through this season. And after losing to the Wizards on Thursday — which all but ended any hope of making the NBA Playoffs after blowing a big first half lead — he shared how difficult this year has truly taken on him, while replying to the boos from those “home fans” in Tampa.

Siakam: “We’ve felt like we’ve been on the road all year so I don’t think it’s something new. You kinda get caught like, oh, where are we? But we’re kinda used to it.”

Nurse: “So I didn’t really notice it tonight. Thanks for pointing it out,” he said. “When you write your season-ending article you can add it to the list of things that went into this weird season.”

Imagine being a Raptors player and having this happen. Seriously, what a crock. Not only is the team put into a difficult position by being moved from Toronto to Tampa for the NBA season, but to then have the limited “fans” allowed in the arena boo their performance has to piss these guys off. That’s a far cry from the love and support the organization typically feels when back home in Canada, where the entire country seems to be obsessed with them.

Not only was this season tough for players, coaches and everyone involved with the franchise on the day-to-day, but thinking back to how last NBA season ended with the bubble, the entire organization probably feels a little homesick — given the fact the team hasn’t played a true home game since March of 2020, which stretches 1.5 NBA seasons. That’s actually absurd.

While these fake fans in Tampa boo the Raptors for underperforming a bit this year, given the wild circumstances and lack of daily support from friends, family, the city of Toronto and straight-up familiarity, the players probably deserve a little bit of a break. It’s hard enough to win in the NBA. It’s even harder when pro athletes — who are creatures of habits and routines — never fully adapt or feel comfortable in their surroundings.

So good on Pascal Siakam and head coach Nick Nurse for being so transparent about the situation, while also taking a shot at the league for putting them in a seemingly lose-lose situation. Seriously, the franchise had about zero chance of success given the uncertainty around their “home” all NBA season — and it sounds like they’re counting down the days till they return to Toronto for the offseason while clapping back at the league for putting them in a shotgun wedding type of situation.