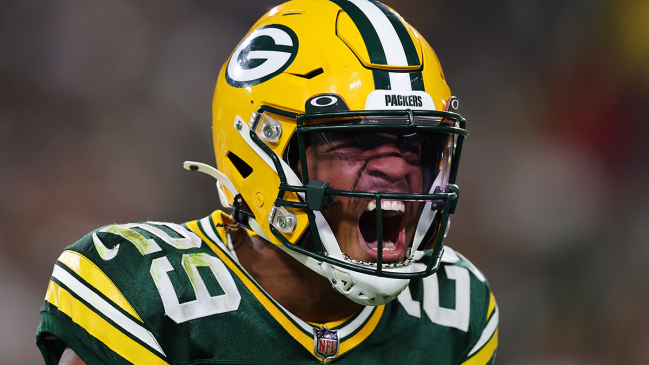 It’s kind of hard to believe it’s been close to 15 years since the NFL expanded its initiative to Grow The Game by launching the “International Series” that officially kicked off when the Giants and the Dolphins headed over to London to face off inside Wembley Stadium in 2007.

Since then, the league has held dozens of games in London in addition to a handful of contests at Estadio Azteca in Mexico City (it will also expand its scope even more in November when the Seahawks and the Buccaneers head over to Germany to face off in a showdown that’s generated some absolutely insane demand for tickets).

As of this season, the Green Bay Packers are the only franchise that hasn’t had a chance to partake in the International Series. However, that will change on Sunday when they take on the Giants at Tottenham Hotspur Stadium—although it would appear there’s at least one member of the team who doesn’t seem to be too excited about the trip.

Current Green Bay CB Rasul Douglas got the chance to play in London when the Eagles beat the Jaguars at Wembley in 2018. However, based on what he had to say about the experience while speaking with Packers News, he’s not exactly over the moon about getting the chance to head back across the pond for another game:

“You don’t get to do nothing over there. You just f—ing get on a plane, get over there and f—ing practice, and then you play a game. You get back on a plane and travel f—ing eight hours somewhere else.”

On the bright side, there’s always a chance he’ll be able to channel any frustration and take it out against the Giants.