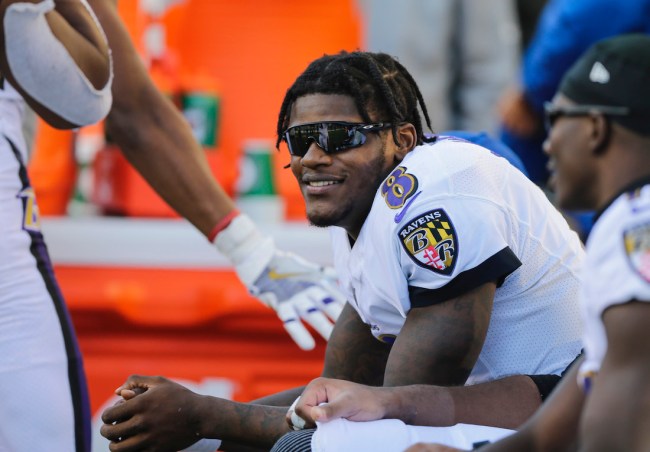 The Deshaun Watson contract with the Browns has had an effect on everyone in the NFL.

The massive $230 million, all guaranteed deal in Cleveland rubbed many the wrong way. This includes fans in Cleveland who were against signing the troubled star, even if it meant missing out on an upgrade at quarterback.

It also includes fellow owners and GMs that believe the Browns chose success over morality by making the move. One of those owners has spoken out against the deal publicly this week.

Steve Bisciotti of the division rival Ravens came out to criticize the signing, saying that he didn’t believe Watson “should’ve been the first guy to get a fully guaranteed contract.”

While I’m sure many around the league share this sentiment, some are questioning whether Bisciotti’s comments stem from Watson’s off-the-field issues, or if this has more to do with upcoming contract negotiations with his own star passer in Lamar Jackson.

The Baltimore Ravens still have to sign their starting quarterback to a long-term deal. A former MVP, Jackson has yet to solidify his standing with the team as the two sides go back and forth in negotiations.

While it seems that the signal caller wants to stay in Baltimore, contract discussions haven’t been the easiest thing for the Ravens to navigate.

By signing a fully guaranteed contract worth $230 million, he significantly changed the landscape for NFL quarterbacks. This happens every time a record-breaking deal gets done. But with Watson, it’s even more complicated.

He comes with a ton of baggage. In fact, it’s not a certainty that he’ll even play in 2022. Going further, he’s posted just a 28-25 overall record over his NFL career.

So when it comes time for Jackson to work out his details, you can bet he’ll have some leverage.

Jackson has that MVP. He’s led the Ravens to a 37-12 record as a starter. He’s made three postseason appearances. He led the league in touchdown passes in 2019. Baltimore has effectively built their offense around Jackson.

Oh, and he doesn’t have 20+ sexual misconduct civil suits pending.

Now, not only could that price tag go following the Browns’ $230 million offer for Watson, but it could also need to be fully guaranteed.

And owners aren’t typically eager to shell out that kind of money.

The NFL world has been quick to react on social media, sharing these same sentiments.

So that means he’s upset now because the browns are putting the ravens in a predicament lol.

Translation: “now we are forced to guarantee Lamar Jackson money and we hardly want to extend him in the first place” “thanks a lot cleveland” https://t.co/D96Fl7KDAk

“i dont want to have to pay lamar jackson that type of money” there i fixed it for ya boss! https://t.co/31tGGSztXo

If Watson can get a fully gtd contract with all that is going on around him, every QB should be asking for that moving forward. https://t.co/bvhdekNxJm

He just mad Deshaun raising the QB prices.. fully gtd contracts for QB's are definitely about to be the going thing. https://t.co/T7EvRWW0oG

Dude is so salty lol now he has to pay Lamar more than that, fully guaranteed https://t.co/0BWxL7a6Zn

So he’s mad that he needs to pay Lamar Jackson pretty much 🥱 https://t.co/dKULuufsGb

I mean yeah if a dude with an active sexual assault suit is getting 230M guaranteed, if I’m Lamar Jackson, I’m asking for a billion dollars lmao https://t.co/B3uH0TmmLv

In other words. I wasn’t trying to pay Lamar all that but now I don’t have a choice 😂 https://t.co/TOKBi9LiTR

He knows that price just went up lol. Lamar about to reset the market 🤣 https://t.co/Thae1Crnia

They don’t care about it being Deshaun…they just care that it happened and now it gives players/agents leverage https://t.co/PF93YRGtCa

Someone sounds mad that they’re gonna have to pay Lamar https://t.co/V4I1MwwWDX

translation: thanks to the browns i have to pay lamar jackson https://t.co/AeP1Aybv2T

We’ll soon find out what effect this has on Lamar Jackson. He could work himself into a nice payday thanks to Watson’s recent signing.