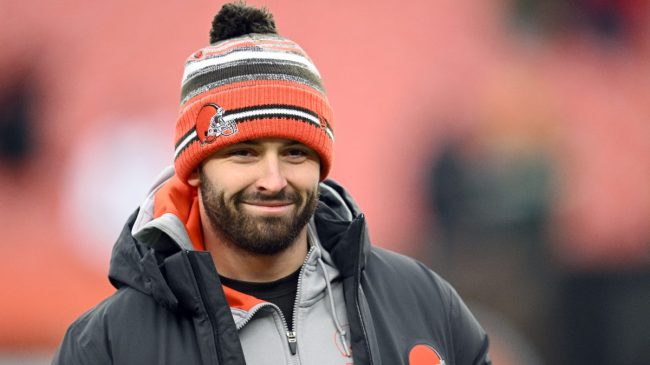 This news comes despite the fact that they’ve been unable to deal the passer to another team in the NFL. A number of suitors have shown interest this offseason, but none have pulled the trigger.

Most recently, the Panthers tried to get a deal done, but their asking price for the quarterback was too high. Carolina wanted Cleveland to pay 75% of Mayfield’s contract in order to take a flyer on the former No. 1 pick.

Now, trade opportunities are dwindling. But it seems that the front office doesn’t want to give their former top pick away for nothing.

The #Browns won't cut QB Baker Mayfield, according to @MaryKayCabot

So that begs the question, are the Browns willing to go into the 2022 NFL season with Mayfield still on the roster or has the relationship been too far severed?

Fans react to the latest Baker Mayfield news from the Browns

Many around social media reacted to the breaking news. Some believe that the team will need Mayfield moving forward as projected starter Deshaun Watson is still dealing with legal issues. Those legal woes could lead to a suspension in the upcoming year.

It’s a good move. If DW is suspended, then he’s the starter. In a contract year, has to show he has value, and if he refuses to play, Browns don’t have to pay gun. I’d bet they cut him if Watson isn’t suspended.

Others think that the Browns are still holding out for a possible trade. The Panthers and Seahawks are both still being linked to the quarterback.

They’re holding out for some kind of trade compensation or to have him start when Watson is suspended.

Similar to the Ben Simmons issue, it will likely pay to be patient here for Cleveland.

#Browns wanna pay at least half of the $18.89 million while teams interested only want to pay $5-$6 million at most.

There’s gonna be a deal done.. but it could be by mid-June

Finally, some just see it as an embarrassment for everyone involved following the dramatics that took place over the offseason.

We’ll have to wait and see what happens with the gunslinger. If he has to stay in Cleveland, things could get a little awkward.