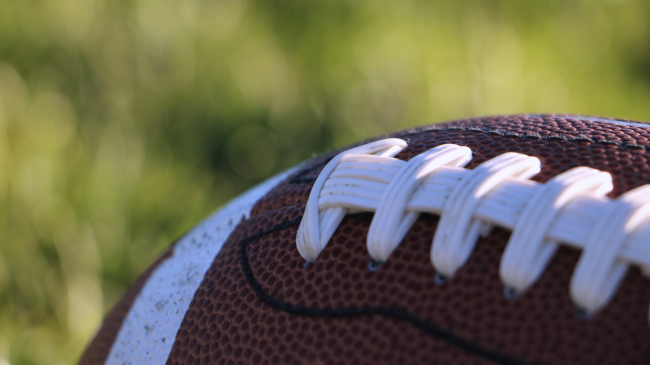 An interesting tidbit arose Wednesday about a never-before-seen partnership. Rumors are surfacing that an NIL deal between a player and church is in the works.

The recent news has many college sports fans wondering which program is making the unprecedented venture.

NIL has taken over college sports, particularly college football. Programs with money and high-profile donors can essentially purchase players while claiming name, image, and likeness. Massive deals are seemingly set before players arrive to campus as coaches and alumni attempt to lure prospects to their respective colleges.

We’ve seen the pros and the cons from a university point of view.

Tampering has taken over the transfer market. Parents are acting as agents for their 18-year-old kids. No commitment is safe until the signature is on the paper.

And even then, it’s not always a done deal.

Florida recently lost a signee over disputes of an NIL agreement. That deal, which fell through, involved a rumored $13 million promise to a high school quarterback.

The rat race of college football is in full effect, though sometimes, the investment far outweighs the return. Just ask Texas A&M about the No. 1 recruiting class they reportedly bought just to go 5-7 last season.

We’ve seen deals get done between players and local businesses, car dealerships, marketing firms, and more. But, to this point, we haven’t seen an NIL agreement with a church.

Just got off the phone with folks involved in the first NIL deal with a *church*…or at least, the first one that *I* know about. Kinda surprised we haven’t seen more of this yet?

Now, there could be a variety of reasons for churches not to get involved in NIL. It’s probably not a great look for a player to profit off of a religious organization, and often times, state run universities are looking to distance themselves from religious sects altogether.

In this day and age, inclusion is top priority and having the face of a university promote a particular belief could prove problematic.

But that may not stop everyone.

The rumor of the pending deal had many on social media speculating. They took their best guesses on where this agreement could be happening.

The obvious response was one of two top programs in the Southeast.

Clemson was the first. Ask any rival fan and they’ll tell you that the Tigers have been funneling money through a church for years.

I thought Clemson already had a collective

After all, Dabo Swinney said earlier this year that he’s built the Clemson program in “God’s name, image, and likeness…”

Others suggested Clemson clone university, Auburn, and their new head coach from Liberty.

Dabo and Hugh Freeze are BACK https://t.co/7xuzbKe4zJ

Those Tigers have seen some previous church payment rumors involving high-profile players, too.

Here are a few other fan responses.

Pass that plate back around. We have some WR’s and RB’s that need to be paid.. SMFH

BYU about to be as big as Bama. https://t.co/BX1SsBPws7

THOU SHALL NOT ENTER THE TRANSFER PORTAL https://t.co/VQMIpkKaTF

In the most likely case, it’s a school that already has a religious aspect, like Notre Dame or SMU. It’s something to keep an eye on as NIL continues to grow.