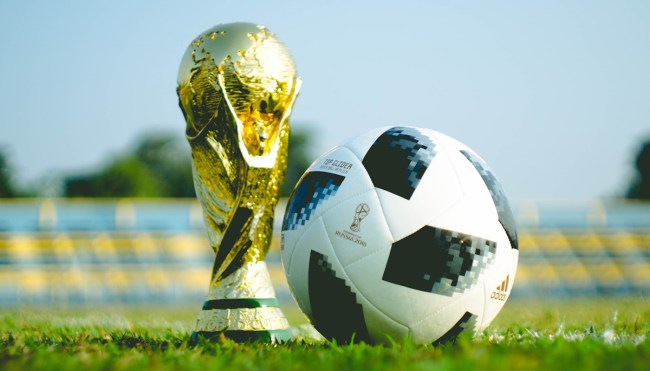 The high school experience is commonly referred to as “the best years of your life” by people who don’t realize they’re inadvertently admitting they peaked as a teenager. Sure, adulthood isn’t always a breeze, but I don’t think I’m the only person who’d turn down the invite to hop back on the hormone-fueled rollercoaster I spent four years riding if given the chance.

However, there are certain aspects I find myself missing every now and then—including the void you’ve likely encountered if you’re in the majority of people who saw their time playing competitive sports peak at the high school level.

There’s a certain kind of magic that comes with being part of a high school team, and while it’s virtually impossible to recapture it once you graduate, you normally don’t have to look too hard to find a rec league that caters to adults looking for the chance to get a taste of their glory days.

When you consider a good chunk of people that play in those leagues are really just looking for an excuse to throw back some beers after a game, you’re usually not going to find people who take them too seriously (unless you run into a dreaded That Guy). However, that cannot be said about the mad lads on a soccer team in England who recently came away with the win in their rec league championship.

The players in question are members of College Wanderers FC, who recently wrapped up the slate of games they play on weekends in a park located in Scunthorpe at the top of the table after winning 25 of their 29 matches.

According to The Sun, the team opted to commemorate the victory in style, as they each threw in £40 to rent the double-decker bus that paraded them around the streets of the tiny town over the weekend during the viral celebration.

what a bunch of tits pic.twitter.com/hJx0mzkSjW

Just guys being dudes. What’s better than that?